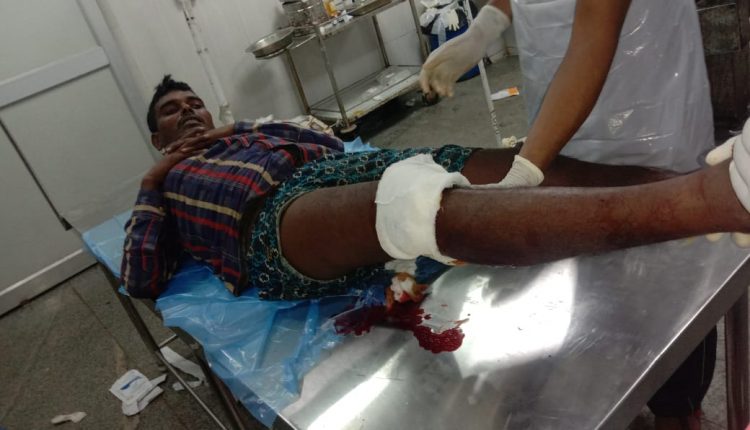 Cuttack: A wanted dacoit was injured in an encounter with police at Naraj on the outskirts of Cuttack on Wednesday.

Giving details about the encounter, the DCP said Choudwar police had arrested eight dacoits while they were planning to commit dacoity in a Jewellery shop near Choudwar College on Tuesday night. However, three of the accused managed to escape by firing at the police team. Two policemen were injured in the firing.

Later, a joint team of Choudwar Police and Special Squad raided the Naraj marketplace following a tip-off that the criminals were hiding inside an abandoned godown there. Seeing the police team, the dacoits opened fire. Police retaliated in self-defence, in which Babul was hit by a bullet injury on his right leg.

Police arrested the injured criminal and seized a 7.62 mm pistol and two bullets from him. Police then admitted him to SCB Medical College and Hospital.

“Babul has 12 cases pending in different police stations in Cuttack, Choudwar and Puri,” the DCP added.

No Hike In IIT M.Tech Course Fee For Now