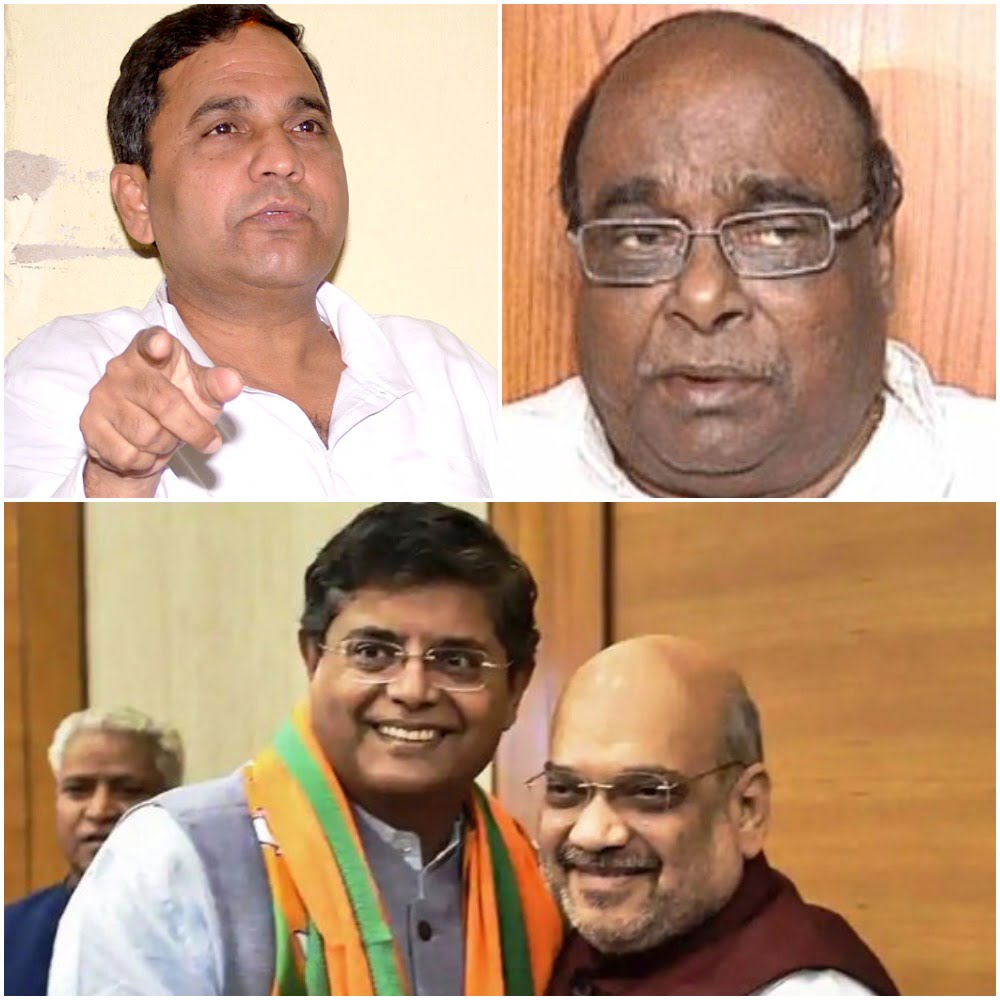 Bhubaneswar: Close on the heels of former Kendrapara MP Baijayant Panda joining the BJP, speculation is rife that senior politicians and former ministers Damodar Rout and Braja Kishore Tripathy, who were earlier with the BJD, along with some other leaders would soon join the saffron party.

Rout, popularly known as Dama, met senior BJP leaders in New Delhi and confirmed that he had been offered to join the national party. He said he was yet to make up his mind.

BJP sources, however, said talks were over with the Paradip MLA and he is expected to soon enter the party fold. Former Gondia legislator Nabin Nanda and former working president of BJD’s Bhubaneswar unit Babu Singh, who resigned from the regional party on Saturday, are also likely to embrace the Lotus party soon. The names of Sambalpur’s BJD MP Nagendra Pradhan and Dhenkanal MP Tathagata Satpathy, who has announced that he would take sanyas from politics and concentrate on journalism, are also doing the rounds as possible entrants to the BJP. While Tathagata has never indicated the possibility of his joining the BJP, oil minister Dharmendra Pradhan’s recent meeting with him has fuelled speculation that something is cooking.

The developments are being watched closely in political circles as Panda is said to have been tasked by the BJP bosses to rope in leaders opposed to Chief Minister and BJD president Naveen Patnaik. As a BJD leader Rout (he was expelled from the regional party in September 2018) had been a bitter critic of the BJP, but in the changed political circumstances the saffron party wants to take him in ostensibly to use him launch tirades against the BJD leadership.

Former Puri MP and ex-Union minister Tripathy, who has of late joined hands with Rout and floated the Biju Samata Kranti Dal, is also said to be holding parleys to return to the BJP. After quitting BJD in the run-up to the 2009 elections, Tripathy had unsuccessfully contested from Puri Lok Sabha constituency on a BJP ticket, only to stay away from the party later.

Panda, going by discussions in BJP circles, was made the BJP national vice-president and national spokesperson within days of joining the party because the BJP bosses believe he can trigger a split in the BJD ranks and channelize possible dissension within the BJD to the advantage of the BJP. He is said to be holding talks with BJD leaders who are unhappy and has convinced Nanda and Singh to enter the BJP.