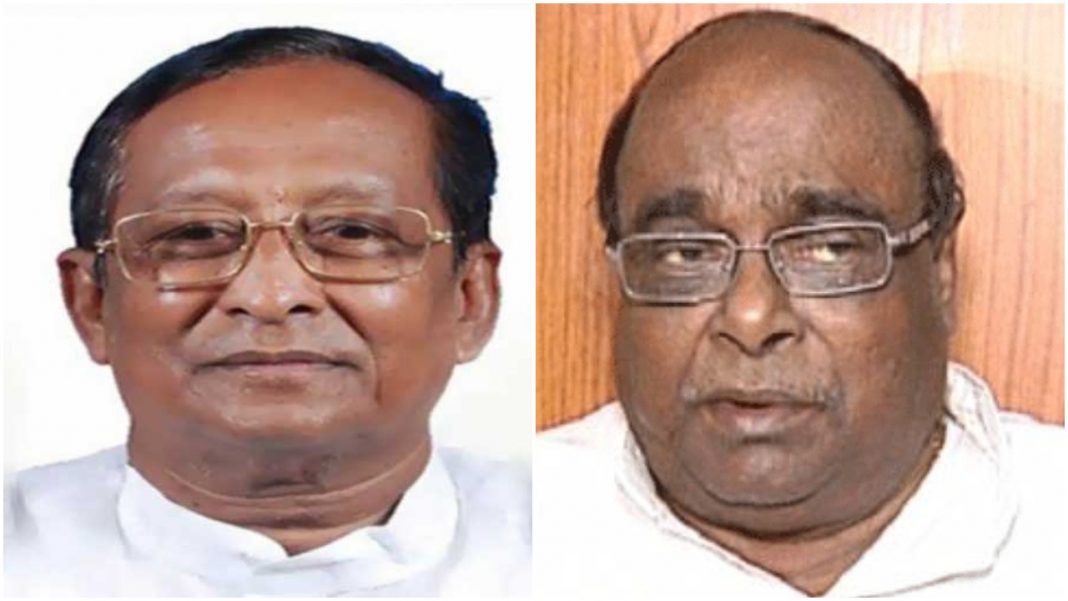 Bhubaneswar: The BJD on Monday traded charges against the expelled leader Damodar Rout on his direct link with the gangster Tito.

Briefing mediapersons here, senior BJD leader and party spokesperson Surya Narayan Patro claimed that the son of Dama has taken up the transport business in Paradip by engaging his vehicles in IFFCO. “The investigation into the matter will expose Dama’s links with the gangster,” he added.

Stating that Dama has the habit of criticizing anyone at his own will only to remain in news, Patro said there are allegations against him on giving derogatory remarks against the Anganwadi workers and the Brahmin community. He was trying to create a division in the society with his casteist remarks.

Coming down heavily on his former colleague, Patro said why Dama, during his tenure as a minister had not raised the issue of corruption as he wanted to hold on to his portfolio. “If the officers concerned did not pay heed to his order, why he did not initiate proceedings against them? Before his expulsion from the party, he was in all praise for the Chief Minister. Now that he is no more in the party, he has started vilifying him. The people of Odisha will never tolerate his double standards,” he maintained.

Another party spokesperson and Nimapara MLA Samir Dash said Dama Babu is involved in corruption in the allotment of liquor license. “When Dama was the Excise minister, he had allotted 93 liquor licences of which eight were allotted in Jagatsinghpur district with three licensees are from Jagatsinghpur and five are from his home constituency in Paradip,” he pointed out.

Reacting to the statement, Dama said Patro is a corrupt leader and a man without any principle. He can go the extent of changing his name for the sake of his son.

Responding to his link with Tito, he said let there be a CBI or even Interpol probe to ascertain the veracity of the charge of Patro.

On the allegation of Samir Dash on the allotment of liquor licence, he said the party supremo had deliberately given him the Excise portfolio so that he could be asked to resign in case of liquor death. “But to their misfortune, during my three-year stint as Excise minister, not a single liquor death was reported in the state. Besides, the Excise revenue during my tenure doubled from Rs 1400 crore to Rs 2800 crore,” he said.

Lashing out at Dash, Dama said let the Nimapara MLA say as to how much money he had offered to the then minister Kalpataru Das for the party ticket to contest the election.

Taking a dig at the Chief Minister, he said while Biju Patnaik had asked the people to beat up the corrupt officers, his son has now embraced corruption as a rule of thumb.