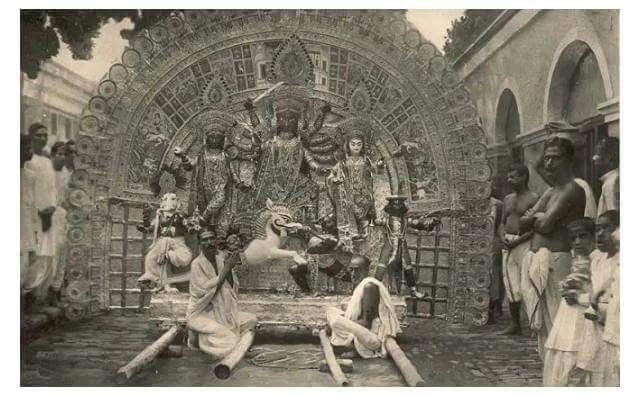 These could be the last embers of the warmth of a joint family, a large gathering of siblings, of relatives, of children, of teenagers all hooked on to some thread of a common family identity or other. With nucleus families, the older generations shriveling, would there be any more homecomings in Puja in Cuttack.

Till Dashami it is wanton gossips, meaningless bantering, non-stop pan eating (even in front of elders), sub-conscious nostalgia of early life romances, school and college life, teenage embarrassments and unending nagging of parents, beyond any parochialism or ego couch. Simple human relations during the ten days of Devi’s mortal presence amongst all of us. Cuttack turns a commune. A commune that has no class barriers, no cash barriers, no caste barriers and no barriers. 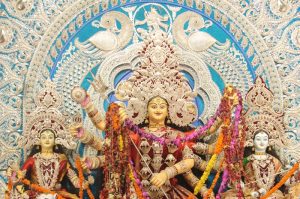 This time of Durga Puja ushers in the best season of the year. The onset of winter, upwardly revision of family budgets to accommodate the onslaught of continuous celebrations. Everyone in the city knows everyone, a bit nosy but that’s very caring too. Somebody cares for the son and his family who have come from Mumbai to spend time with his parents and siblings. The day starts late, as is always in Cuttack. A careless, accidental look at the clock, amidst numerous cups, glasses of tea would push him to get ready for his friends. The gang arrives around noon time, drags him out of the house, and while his wife is still busy with the women folk, completely lost in the politics of home care. The children are lost. Probably they were spotted last at the rooftop of the neighbor trying to locate a pigeon or a kite depending on the wind flow of the day. Parents are sitting in the front room, doing nothing, looking at everyone passing by them, blank look of satiation with children and grandchildren prancing around them. They can’t ask for more. They have never asked for more. What can the poor children give them? The Gods want their children just to be around them.

Sitting at one place, they would be still worried about the menu for the day. Special mutton, from a specific shop, at a designated bazaar is the style of Cuttack. A living city. In spite of all round corruption, the city has not lost the soul. An undying grit to breathe life. When he comes back from the clutch of his childhood buddies, he finds all in the family including the parents waiting for him to have lunch. How his family makes him feel so wanted? So care for? Isn’t this what a family is all about? Otherwise the concrete jungle is better. Many of his friends are pan shop owners, mechanics but does that matter? 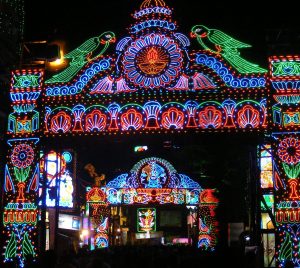 A discussion with them without any frills of knowledge-led “intellectualism” is what I call root. A root can’t be cloaked in false decorations. So naïve that they are your last refuge. “Home’s where you go when you run out of homes.” After a good, long session of gossip, mimicry and nothingness in the post-lunch afternoon, tea is ready. Odia homes never run out of the cycle of food. One after the other, constant culinary exploration is a delight. Thinking about the next course of meal, snacks and making them is the only constant. After the tea and when the parents are up from their afternoon siesta, there is a chat spree with parents. Those wide eyed admiration for his exploits in some far away city, sometime embarrasses him also. He realizes suddenly the power of guileless admiration and unconditional fan following.

They believe in everything and that overwhelms him. He can’t think of pulling out his latest smartphone or his pad to show off or to do any email check. You feel so small doing this in front of your creators. He feels like sitting there, timeless under their feet, listening to their idiosyncrasies and accepting the growing weakness of his source of strength. He has now, after all these years understood his identity under the sky. Know yourself, he tells himself always. When evening sets in, parents ask him to go out with his family and friends and enjoy the city. They are so proud of their habitation. He doesn’t give them examples of the city where he lives, how the roads are so good, how there are no flies or open drains. He can still cite those examples but is that his city, will it be ever his city. How futile? Evening time is hopping from one medha (pandal) to the other. 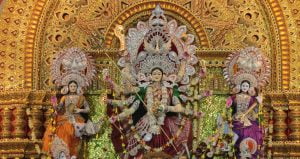 This year there are 158 puja pandals in Cuttack. He can’t possibly see all but he would try to cover as many as possible. This has always been the competition among his friends when they were in college. The preference of medha visits differ. This year the smart phones have created a lot of difference. Instead of looking at the medhas, or the people, the youngsters are only clicking selfies. How selfish are selfies? Every medha comes with accessories – a small mela with eateries strewn around the area near the medha. At a distance there would be space for a melody party later in the evening. But where is Akshaya Mohanty? Heart skips a beat in sheer ecstasy to see khoka bhai on the stage with silk lungi and mischievously rendering the latest Puja release with a twinkle in his eyes and a swagger and selfconfidence, so much Cuttackia.

Puja release was a trend, a money spinner and an opportunity to try out innovations in modern numbers, without the confinement of a film plot and the restrictions thereof. Khoka bhai is no more; the eateries have more Chinese food than Odia and the blaring music is unbearable. Not that, things should not change. But they should change in style. And being rooted is being cool. This life should go one uninterrupted. How much he was wishing? Who know whether he can make it next year, whether his parents would be sitting in the room any more, whether he would see their moist eyes again, whether Barju pan shop would be alive, whether he can go stadium chawk to have Dada singada (samosa), whether there would be same romance in the air? Change is the only constant but it is so emotional.

This year the immersion of idols would be done in three temporary ponds dug on Kathajodi riverbank for. This is done to reduce water pollution during the festive season. Three ponds are being created – two at Devigada and one at Khannagar. The trenches would be 100 ft. wide and 70 ft. deep with a base of synthetic linen that would ensure that toxic colours, polythenes and other puja leftover don’t dissolve in the river water. The debris from immersions will be immediately cleared from the ponds by CMC and disposed of at the earmarked dumping yard. This is a laudable smart move. But he has a simple question. Was there no pollution then when he was in his school or was there (perhaps) less pollution? We were using paper bags, glass bottles, organic firecrackers. But in the nineties you taught us about polythene bags, PET bottles and chemical crackers. And now you are saying that these are all accentuating pollution. Why do we play games with ourselves? This chicanery goes on in cycles, through economies, classes and societies. Are humans inherently smart or cheats? Why should we be called superior animals? Only animals could suffice. So it means that he has already started thinking about the immersion, the bhasani.

Schools would reopen, he has to bounce back to the morning meetings with his team, and she has to join back at her work and life springs back to the meaningless rigmarole yet again. From meaning to no meaning to meaning. This is the truth. But this Puja he understands even more, the indestructibility of soul. A free sailing soul aloof from pretensions. “All that is gold does not glitter, Not all those who wander are lost; The old that is strong does not wither, Deep roots are not reached by the frost.” ― J.R.R. Tolkien, the Fellowship of the Ring Today is Bhasani and life is gone out of Cuttack. The city is morose, weeping in silence and scared with the uncertainty of the next year. Who knows? Devi came, took us by her hand to our homes, showed us around life and went away bodily leaving us all philosophical, albeit temporarily. Because with all the nostalgia we learn little. Bhasani and immediately after Bhasani, one is jolted out of revelry and thrust back to life. As he hears the taxi calling at the gate, his core weeps. How can he say what he wants?

Every day, away from his people, he is becoming a new person. He is not that and he can never be that because he belongs here. While the cab touches Pahal, his finds solace. Now at least, Bhubaneswar has an international airport. Such a relief. Instead of making Cuttack his vacation can he ever make a Mumbai or a Los Angeles his vacation? Can his children at least pursue a good vocation someday in Cuttack?

Tom Alter: The Person I Knew