Day Temp To Drop In Odisha With Intense Spells Of Rain From Aug 5; Check IMD Forecast 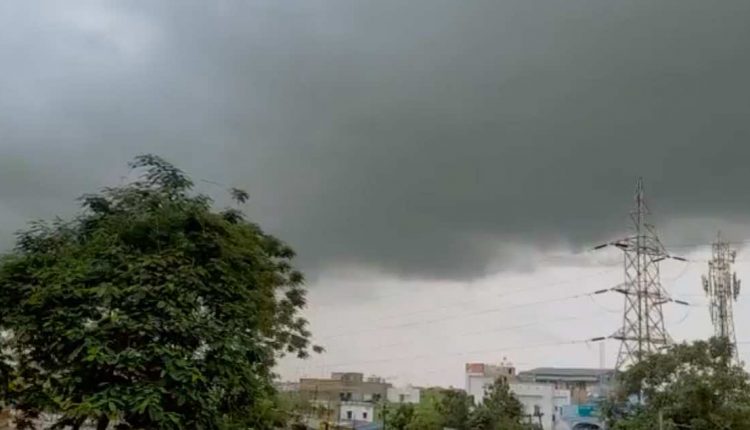 Bhubaneswar: The day temperature in Odisha is likely to drop after two days with the India Meteorological Department (IMD) on Wednesday predicting intense spells of rain from August 5.

According to the MeT office, the maximum temperature will remain above normal by 2-3°C during the next two days. While yellow alert for thunderstorm has been sounded for several districts till 8.30 am on August 5, light to moderate rain will continue in some parts of the state during this period.

The IMD has forecast intense spells of rain for three days from August 5.

Heavy to very heavy rainfall is very likely at one or two places in Malkangiri, Koraput, Gajapati and Ganjam, and heavy rainfall at some places in Rayagada, Nabarangpur, Kalahandi, Kandhamal, Puri, Khurda, Jagatsinghpur, Cuttack, Dhenkanal, Kendrapada, Jajpur, and Nuapada on August 7. 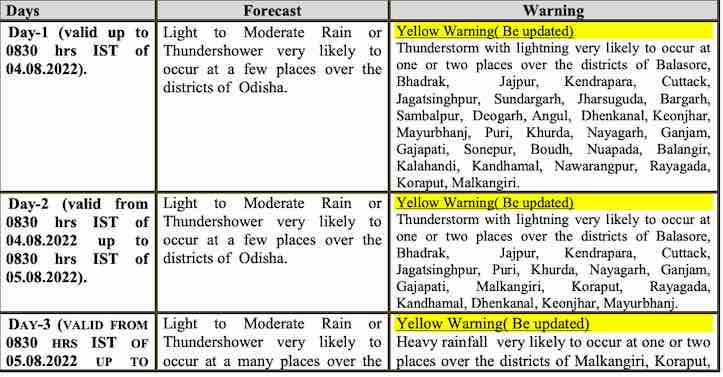 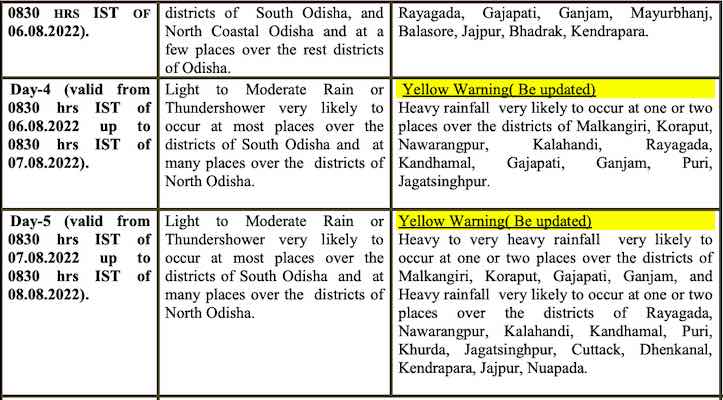 Odisha Govt To Set Up New ITIs In Kuchinda, Patnagarh