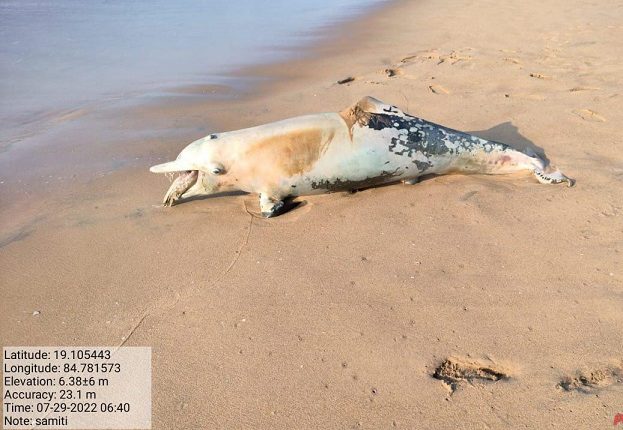 As word spread, a huge crowd gathered at the beach.

Berhampur Forest Division officials also rushed to the spot and began investigations into the cause of death.

When efforts are under way to make Pati Sonepur a ‘Blue Flag’ beach to draw tourists, local residents said that frequent incidents of dead dolphins washing ashore were a cause of concern.

Forests officials, however, said that the dolphin could have died of old age. The reason would be known from the postmortem report, they said.