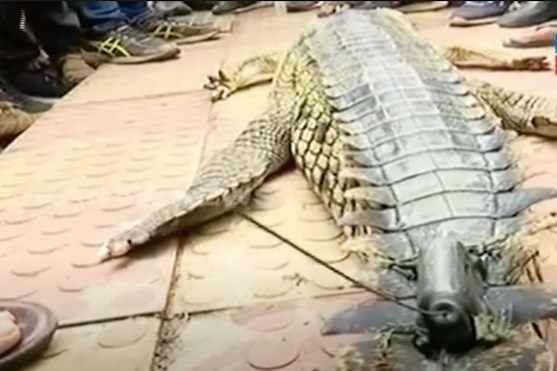 Sambalpur: An eight-ft-long dead saltwater gharial with a GPS tracking device attached to it was found floating in the Mahanadi river in Odisha’s Sambalpur on Monday.

As per preliminary inquiry, the GPS seems to have been installed by the Satakosia Forest Department.

The body was sent for autopsy to ascertain the cause of death.