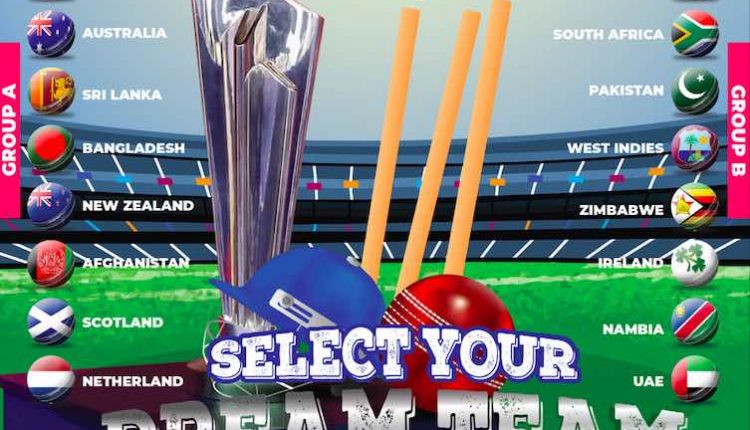 Dear readers, we at Odishabytes know you are passionate about cricket. You love your team and would like to see it vanquish all challenges to win matches and trophies. The ICC World T20 World Cup is not far away. Come October, the best of teams would be clashing to be on top in Australia. As usual, the discussion in the coming weeks would revolve around fielding the best Indian XI for the marquee event. The BCCI has a tentative list out. But going by the recent performance of some of our players, including seniors, it might need revision. The West Indies tour would provide us with more clarity on the final squad. There’s Asia Cup too. But the tour to the Caribbean would be more critical in the final selection.

Before that why not do some brainstorming on the composition of the team? We know you love to express your opinion on everything cricket. You have your favourites, and players you don’t like much. You understand the nuances of the game and on social media, you make terrific points. Why not build a dream XI right now? We would like you to write to us about your best combination of players for Team India.

Let’s not make it a random exercise. There are several factors to consider before a slot is allotted to a particular player. The conception of his exact role and the overall utility quotient he brings to the table are critical. Also are important extraneous factors. We present you some here. We would like to find your own original ones too. Make your own team, explain to our audience why it’s unbeatable and get published here. We promise it will be a rewarding experience. We will start posting these articles as we move closer to the big event.

Australian pitches offer more bounce and pace, thanks to the nature of the clay. The swing factor is negligible unlike in England or New Zealand. They are ideal for batting once batters get a measure of the wicket. The catch here is batsmen scoring heavily on flat Indian wickets may take time to acclimatize to conditions. The new generation of Indian batsmen are comfortable handling pace, still, they may be initially uncomfortable with the bounce. The experience factor would come into play here.

In the case of bowlers, spinners won’t have a big role to play on most pitches Down Under, where the ball won’t grip the surface and turn. Spinners who find more bounce are likely to be more successful.

Form matters in the shortest format of the game, where batters have to go bang bang from ball one. The T20 format does not offer them the luxury to waste a few balls and settle down. So someone in poor form is a liability. But form may turn fickle with changes in playing conditions. Someone with a proven track record can be an asset. Rohit Sharma, Virat Kohli and Shikhar Dhawan have been patchy of late, no way close to being their fluent best, and Rahul carries the injury factor. That should be some food for thought in the selection.

If one were to play the best eleven without any changes for all matches, how would that be? There are players who select themselves: Rohit Sharma, Rishabh Pant, Hardik Pandya, Suryakumar Yadav, Ravindra Jadeja, Jaspit Bumrah, Mohd Shami and Mohd Siraj. That is eight slots already booked. The competition for the other three would involve Virat Kohli, Shikhar Dhawan, Ishan Kishan, Ravichandran Ashwin, KL Rahul, Shardul Thakur, Yuzvendra Chahal, Dinesh Karthik and Bhubaneswar Kumar and a few more names.

Phew! That’s tough. Selectors have quite a challenge. They are likely to go for the horses for courses approach.

The first six overs of a T20 game usually set the tone for the inning. The next nine overs are about maintaining the momentum and the last five are about going berserk. Teams are willing to take risks and sacrifice a wicket or two more for runs in the powerplay overs to take advantage of the field restrictions. Which players are best equipped to put 60 runs or more on the scoreboard before the end of powerplay? Also, which bowlers are best to arrest the flow of runs in these overs?

Pitches in the Caribbean islands are not as pacy or as bouncy as they used to be, thanks to the conscious decision of the minders of the game there to slow down pitches to allow more runs to be scored. This was done to attract bigger audiences. Yet they are similar to Australian pitches to some degree. The five T20 matches here would reveal a lot about the form of players and eventually the contour of the best eleven. Performance in the Asia Cup in August-September may lift the prospects of some players. But it’s West Indies where the best combo would emerge.

So let’s get going. Have a great time creating the magic XI.

Send your entries to contentobos@gmail.com.