Death Toll In Wall Collapse Rises To 6 In Odisha 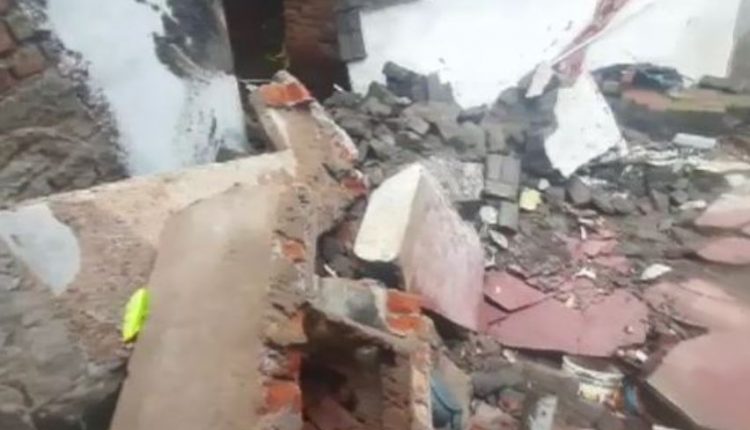 Bhubaneswar: The toll in wall collapse mishaps following incessant rains across Odisha under the influence of a deep depression over the Bay of Bengal increased to six on Sunday.

According to sources, three more deaths, including two minor boys, were reported from Koraput, Balasore, and Mayurbhanj districts.

A nine-year-old boy, Priyanshu Rajbhatra, lost his life after a bathroom wall collapsed on him at Nuasahi area of Gandhi Nagar in Koraput district on Saturday morning. A similar incident took place in Balasore, where a four-year-old boy reportedly died as the wall of a school collapsed at Madhupura village under Baliapatna block.

A 40-year-old cook, Sukumar Mahanta, working at Rairangpur sub-divisional hospital, also died after a tree branch fell on him at Durga mandap Square in the town earlier on Friday.

It is pertinent to mention here that three persons, including two minor girls, were killed in two separate wall collapse mishaps in Keonjhar and Mayurbhanj districts.

In Tikarpada village under the Mahadeijoda panchayat in Sadar block of Keonjhar, a woman died and her husband sustained critical injuries as the mud wall of their house collapsed. The sisters, identified as 12-year-old Niharika Giri and 4-year-old Suru Giri, were reportedly fast asleep with their parents when the wall of their house collapsed due to heavy rain in early hours of Friday at n Bholabeda village under the Bisoi block in Mayurbhanj.

Meanwhile, the deep depression over northwest Chhattisgarh and adjoining northeast Madhya Pradesh and southeast Uttar Pradesh moved west-northwestwards and weakened into a depression at 5.30 am today. It would continue to move west-northwestwards across north Madhya Pradesh and weaken into a well-marked low-pressure area during the next 24 hours. There is no further heavy rain warning for Odisha, the MeT office said.