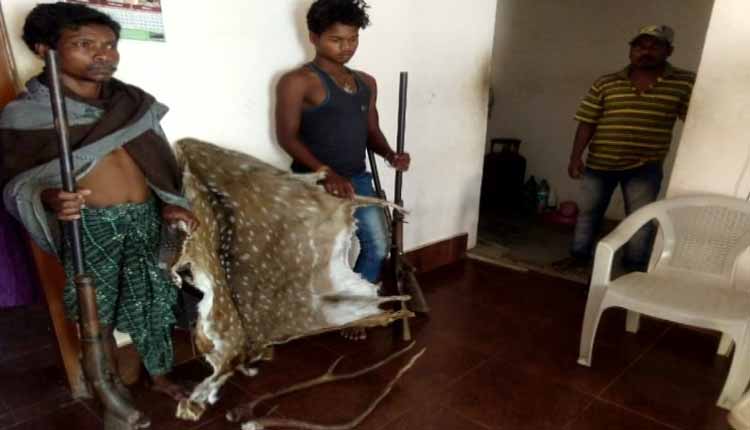 The accused persons are residents of Mayurbhanj.

Acting on a tip-off, the officials raided a house in Bhaliaposhi village and arrested the poachers, who will be forwarded to court later in the day.

Sources said the poachers had been staying at a temporary house near the sanctuary for the last few days. Further investigations are on.