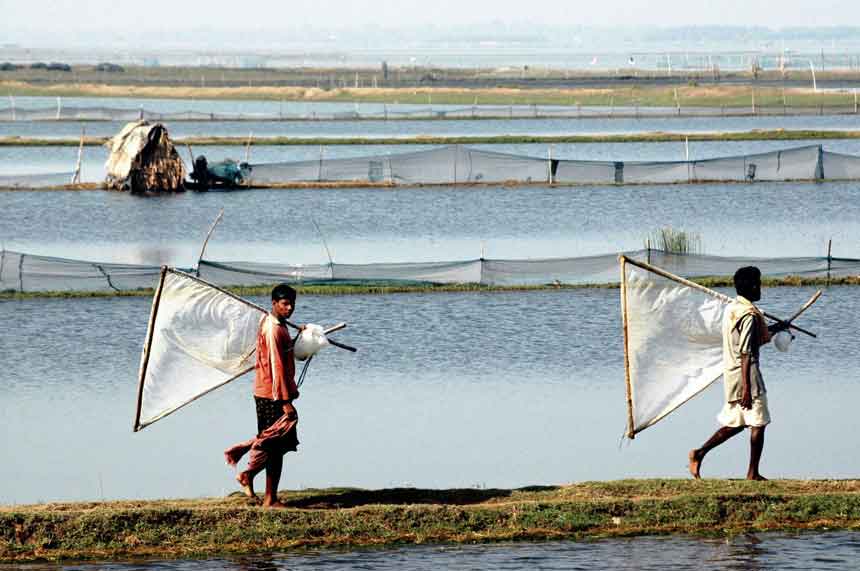 Cuttack: In an attempt to restore the ecology of Chilika Lake, the Special High-Level Committee has decided to start a demolition drive the eviction of all illegal prawn gheris in the lake from February 27.

This decision was taken by the committee during its last meeting on February 20.  The Chilika Development Authority (CDA) has been assigned the job of coordinating with the Collectors of Khurda, Ganajm and Puri for carrying out the demolition drive using low-intensity explosives.

According to the special committee, the earthen gheris are concrete structures and dismantling them manually will be difficult. Thus, the only way to demolish the gheris is by using low intensity explosives.

The demolition of illegal gheris in Khurda district will start from Thursday and will be completed within two months. The Ganjam Collector will complete the demolition process in other areas by March 31.

Speaking about the eviction plan, an official said, “For Puri district, two senior officers of the rank of Deputy Collectors will be positioned for three months to take up eviction drive over 2,000 hectare of area up to May 31 by forming two teams in Khrushnaprasad and Brahmagiri blocks. It will resume again from August after Rath Yatra.”

A report submitted by the Odisha government in the High Court, stated that illegal prawn gheris are spread over 3,022.099 acre in Khurda, 580 acre in Ganjam and 2,0665.42 acre in Puri district.

These Panchayats Of Odisha’s Ganjam Are Still COVID-Free; Self-Discipline The…