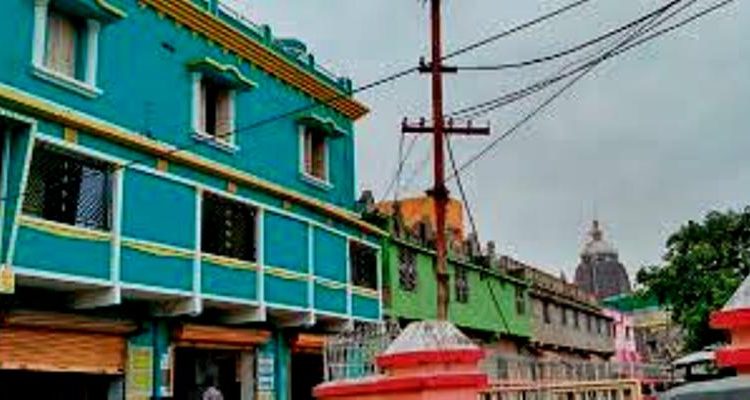 Puri: The Puri district administration began demolishing the Sana Chhata Mutt located inside the designated security zone of the Jagannath temple on Wednesday.

The demolition drive began in presence of the Puri sub-collector, Bhabatarana Sahu, and four platoons of police.

For the safety of the commuters, the roads from Dolamandap Sahi, Kakudikhai Chhak, Grand Centre, Dolabedi and Laxmi Bazar connecting to the Bada Danda (Grand Road) were sealed.

Located in front of Dolabedi near the temple, the Sana Chhata Mutt was founded in late 17th century by Mahant Santh Ram Das during the rule of Gajapati Mukund Deb.

The gates of the Shri Jagannath temple were earlier guarded by Naga sadhus who lived in the mutt. Besides, these mutt residents also provided security to Lord Madan Mohan and accompanied the deities when they are taken out of the main temple to Dolabedi during Holi. The mutt acted as the custodian of Dolabedi till 1970. Its services were discontinued as the temple administration took over the duties.

The Naga sadhus also perform the ‘Aalat chamar seva’ on the chariots during Rath Yatra and also offer ‘panti bhog’ to the deities in and outside the temple during festivals.

The idols of Sri Ram, Hanuman, Sita Devi, Laxman and Lord Jagannath are worshiped at the mutt.

On Tuesday, the district administration had completed the demolition of Mangu Mutt except for the seat of the Mahant (chief of the Mutt) and the temple on its premises.