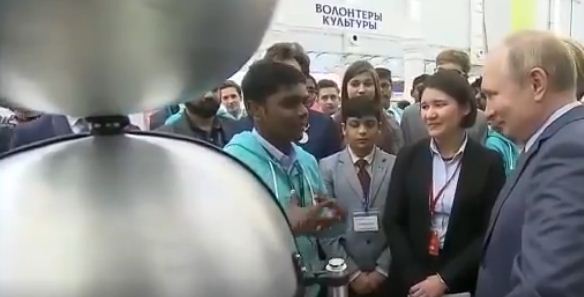 He was one of the 25 Indian students who participated in Deep Technology Education Programme held from November 28 to December 8 in Sochi, Russia.

The water dispenser that he invented comes handy during water crisis.

“We would really like if more kids like you from India can come and participate, and come up with new innovations” Putin’s translator said.

Congratulate Class IX student of Berhampur, P.Biswanath Patra for being a part of Deep Technology Education Program in Sochi, Russia with his innovative water dispenser. His innovation to solve water crisis has been appreciated by Russian President Vladimir Putin. Best Wishes. pic.twitter.com/XldnIEPiEa