Depression Forms Over Bay Of Bengal, Know The Probable Track Of Cyclone Jawad 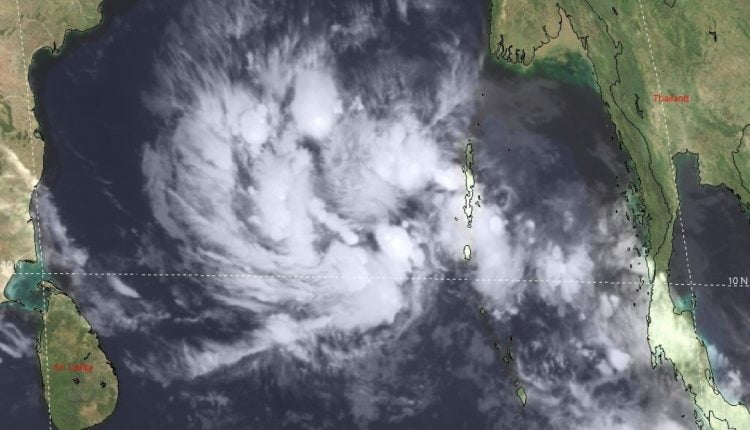 Bhubaneswar: The well-marked low pressure concentrated into a depression over the southeast Bay of Bengal around 5.30 pm on Thursday.

According to the agency’s special bulletin, the system is likely to reach the west-central Bay of Bengal off north Andhra Pradesh–south Odisha coasts the following morning. Thereafter, it is likely to recurve north-northeastwards along the coastline.

Check the forecast track of the cyclone: 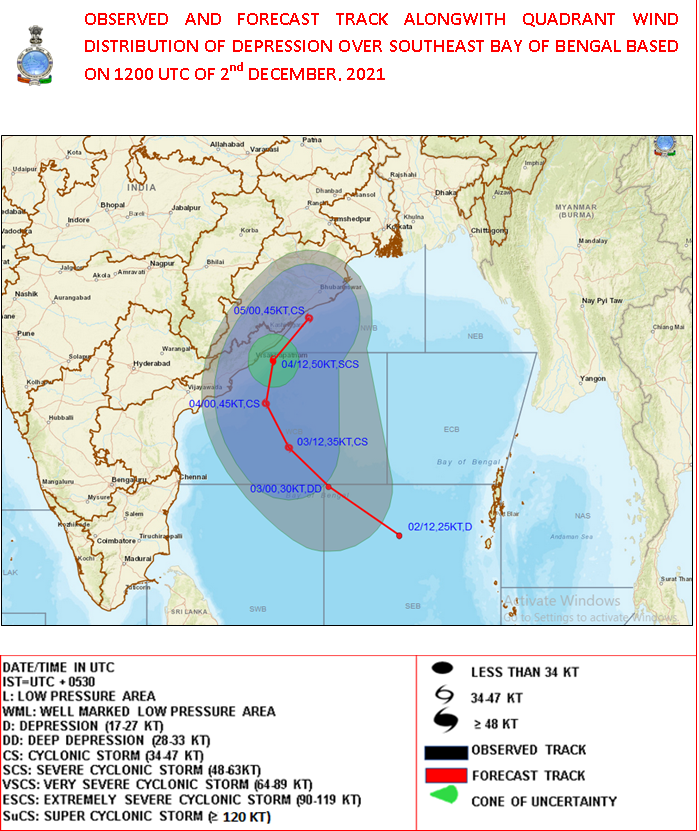 Director General (DG) IMD, Mrutyunjay Mohapatra had earlier said that the location and time of the landfall can only be ascertained after the formation of the depression.

According to the IMD-GFS model, the cyclone is likely to make landfall between Srikakulam district in Andhra Pradesh and Puri district in Odisha. The system will then curve along the Odisha coastline to move into West Bengal.

“The system is likely to cross the Odisha-north Andhra Pradesh coast on December 4 morning. The maximum intensity (wind speed) will be around 90 kmph gusting up to 100 kmph. Odisha coast will experience 40 to 50 kmph wind from December 3 and the intensity will increase to 70 to 80 kmph, gusting to 90 kmph on December 4,” he said.

At no point, the wind speed will exceed 100kmph, he added.

On December 5, heavy to very heavy rainfall (Orange warning) is likely to occur at one or two places over in Mayurbhanj, Balasore, Bhadrak, Kendrapada, Jagatsinghpur, Jajpur, Cuttack, and Puri, while heavy rainfall is expected in Keonjhar, Angul, Dhenkanal, Nayagarh, Khordha, Ganjam and Gajapati.

The districts under Orange and Yellow warning have been asked to remain prepared to meet any waterlogging or localised flood-like situation, including urban areas and the possibility of landslides in hilly areas.

Also Read: Cyclone Jawad To Reach Odisha Coast By Dec 4; Who Proposed This Name & What It Means