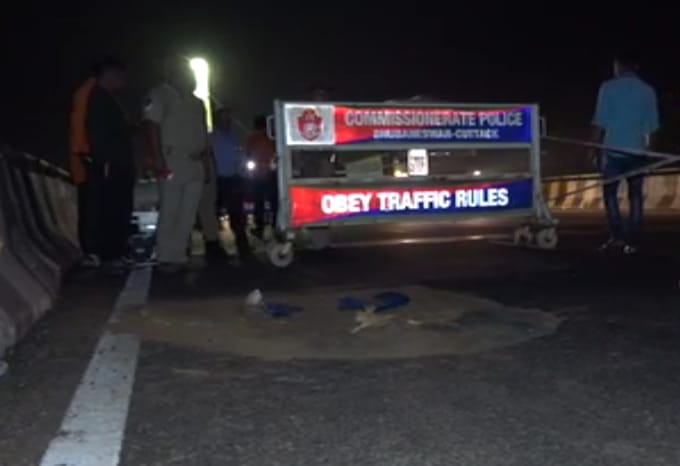 A team from Commissionerate of Police and Odisha State Disaster Management Authority (OSDMA) personnel rushed to the spot and set up barricades around the depression of around 10 inches. National Highways Authority of India (NHAI) staff also inspected the faults on the flyover. The particular portion of the flyover was later levelled using sandbags, sources said.

An inflatable lighting system has also been installed to improve visibility on the road.

The incident affected traffic movement on the flyover. “Police personnel have been deployed at the spot and the traffic is being diverted to the left lane,” said DCP Arun Sahu.

In January last year, boulders weighing more than one quintal fell from Rasulgarh overbridge, which is about a kilometre away from Palasuni flyover.