Depression Over Bay Turns Into Deep Depression, Cyclone ‘Sitrang’ In Next 12 Hours 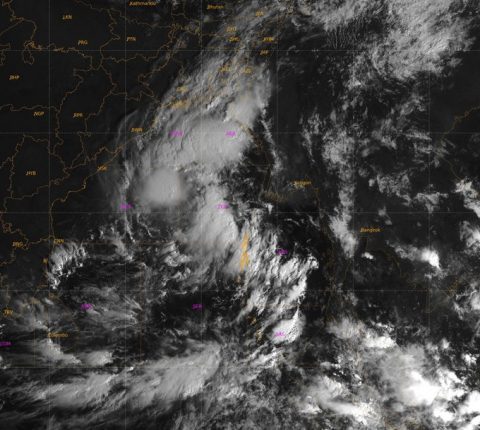 Bhubaneswar: The depression over eastcentral Bay of Bengal has intensified into a deep depression over the same region, the regional centre of India Meteorological Department informed on Sunday.

“The depression over eastcentral Bay of Bengal moved northwestwards with a speed of 17 kmph during the past 6 hours, intensified into a deep depression and lay centred at 5.30 am over the same region about 580 km northwest of Port Blair, 700 km south of Sagar Island and 830 km south of Barisal (Bangladesh),” it said.

It is very likely to move northwestwards during the next 12 hours and intensify into a cyclonic storm over central Bay of Bengal. Thereafter, it would recurve and move north-northeastwards and cross Bangladesh coast between Tinkona Island and Sandwip around early morning on October 25, the MeT office added.