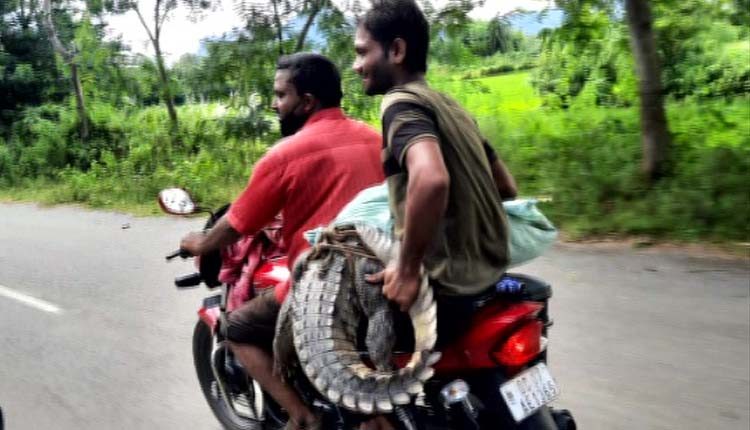 Berhampur: The deputy ranger of Digapahandi, in Odisha’s Ganjam district, was suspended on Monday for allegedly carrying a crocodile on his bike in Talasingi village last week.

It was learnt that Khadagray, along with police personnel, caught the crocodile from a paddy field and released it in the Ghodahada Dam.

The crocodile got swept away through connecting canals.