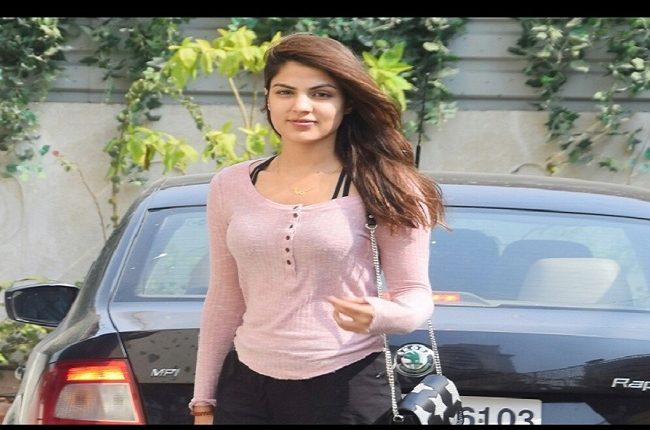 Mumbai: Two days ago, Rhea Chakraborty’s request for permission to travel to Abu Dhabi for four days to attend the International Indian Film Academy (IIFA) Awards show was granted by a Mumbai court.

However, a day later, the actress said she won’t be able to travel abroad as there is a lookout notice against her issued by an agency, which she wasn’t aware of.

She filed a fresh application in which she has stated that she does not want her passport or travel abroad because of the lookout notice.

Rhea was arrested by Narcotics Control Bureau (NCB) on September 8, 2020 in a drugs case related to the death of her actor boyfriend Sushant Singh Rajput earlier that year.

Several cases were registered against the ‘Jalebi’ actress, being probed by NCB and Enforcement Directorate (ED). Her passport was seized to prevent the actress from going abroad, while bank accounts and fixed deposits were frozen.

Rhea was granted bail after spending nearly a month in Byculla jail, but two years down the line, the cases haven’t been closed. Hence, her passport is still with the agency.

SC Verdict On Puri Heritage Corridor: The Lord Has Spoken Through The Voice Of Apex Court, Says Pinaki Misra

Vigilance Nabs Under Secretary While Taking Bribe In Bhubaneswar