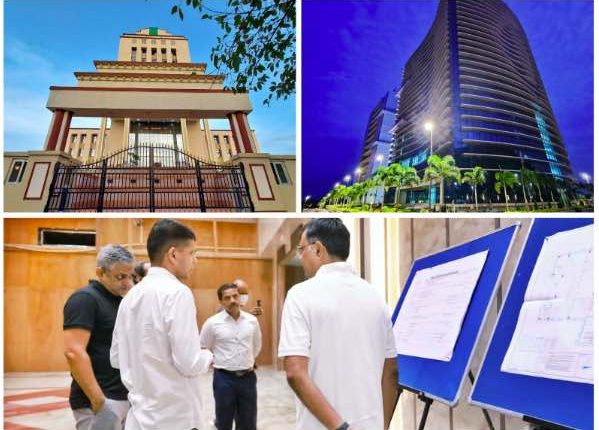 Bhubaneswar: With Deloitte and IBM expanding their operations to Bhubaneswar, the Odisha government is leaving no stone unturned for the early completion of the work at the new development centres to be made operational by these multi-national giants.

During his visit to review the progress of the work at the new BMC building at Satya Nagar and O Hub, 5T Secretary VK Pandian on Monday directed for early commissioning of the BBSR smart city command and control centre. He laid emphasis on creating good common use facilities – meeting halls, canteen, parking and overall ecosystem – in both buildings.

Both MNCs are setting their foot for the first time in Odisha and these centres are targeted to be operationalised by mid-October, an official release said.

Work on the 2nd Tower of O Hub has been prioritised and it will now have incubation centres, co-working spaces along with office spaces for the start-ups, who will graduate into regular companies, it added.

The enhanced presence of multi-national giants in Bhubaneswar is expected to open up new possibilities, establish a new centre of economic growth and generate large-scale opportunities for employment and entrepreneurship in the eastern region.

The 5T Secretary also suggested for a multilevel parking facility inside Infocity to address the growing parking needs of the IT companies.