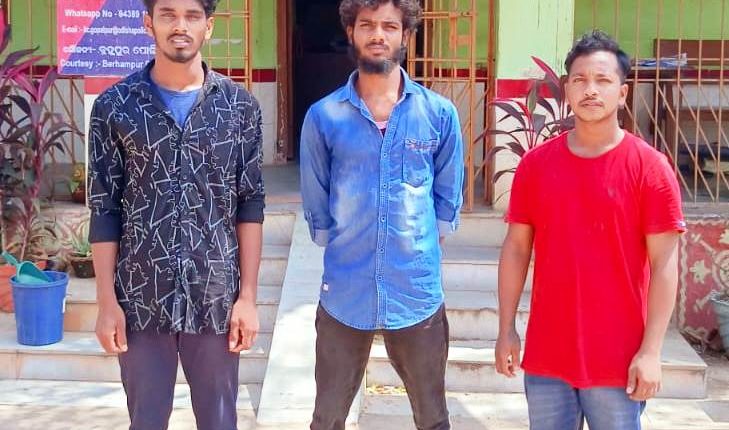 Berhampur: Police on Sunday arrested two persons for allegedly submitting fake resident certificates during Army recruitment and another for producing those in Odisha’s Ganjam district.

According to police sources, Bora Lokesh and Bora Umapati Reddy of Subhani village under Golanthara police limits and Mukesh Behera of Kabisuryanagar had appeared at the job rally conducted by Indian Army in Berhampur University from March 25 to April 6, 2021. They qualified in physical test also.

Later, the recruitment officials suspected that the trio had produced fake residential certificates and filed a complaint at Gopalpur police station. The police registered a case on the basis of the complaint and questioned Umapati and Lokesh.

During questioning, Umapati and Lokesh revealed to the police that they had procured the fake residential certificates from the Jan Seva Kendra operated by Banamali Behera in their village. Following this, the police arrested Umapati, Lokesh and Banamali and forwarded them to court.

Mukesh and another youth, Narsingh Swain of Kabisurynagar who had also procured the duplicate residential certificate, are absconding.