DFO Had Ordered For Tree Felling In Jhinkaragadi Forest: Minister 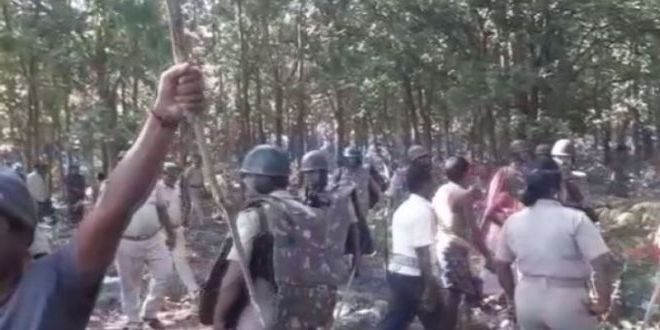 Bhubaneswar: Forest and Environment minister Bijayshree Routray on Saturday informed that Odisha Assembly that the Dhenkanal Divisional Forest Officer (DFO) had ordered felling of trees in Jhinkaragadi forest near Balarampur village on August 24.

Replying during an adjournment motion notice brought by the Congress over the issue, Routray said the IDCO has allotted 12.05 acres of barren land in Jhinkaragadi forest to the P&A Bottler company to set up its brewery plant.

“The IDCO CGM had sought the permission from the DFO on June 30 for felling of trees in the forest for the proposed plant, while the latter on August 24 had given the order to cut down the trees on 10.59 acres of land inside the forest. Following the order, a total of 956 small and big trees were felled,” he added.

Reacting to the statement of the minister, leader of the Opposition Narasingha Mishra said this is grossly unfortunate that the minister is trying to mislead the House saying that the land on which the trees were felled does not come up the forest land category, which is completely false. “The state government cannot cut a single tree from a forest land without the prior permission of the Centre. It seems there is a secret understanding among the contractors, the beer manufacturing company, IDCO and forest officials. We demand an impartial probe into the matter and urge the government to take up the plantation in the denuded forest area,” he pointed out.

Mishra also demanded for withdrawal of cases lodged against the agitating women of Balarampur village.

Participating in the debate, leader of the BJP legislature party KV Singhdeo wanted to know at what level the decision to cut trees in the forest was taken. He also asked how the secretary of the department concerned could give such permission and by whose order.

Alleging that a deal of over Rs 1 crore has been made towards the felling of the trees, he said those who had given the order had a share in it. “We demand a judicial probe into the matter,” he maintained.

Opposition Chief Whip Tara Prasad Bahinipati said they suspect involvement of the kin of some senior BJP leaders and bureaucrats in this matter. He demanded an impartial probe into the matter as there will be no outcome of the RDC probe.

Not Just SRK and Rahman, These Celebs Are Set To Scorch The Stage In Bhubaneswar For Hockey World Cup