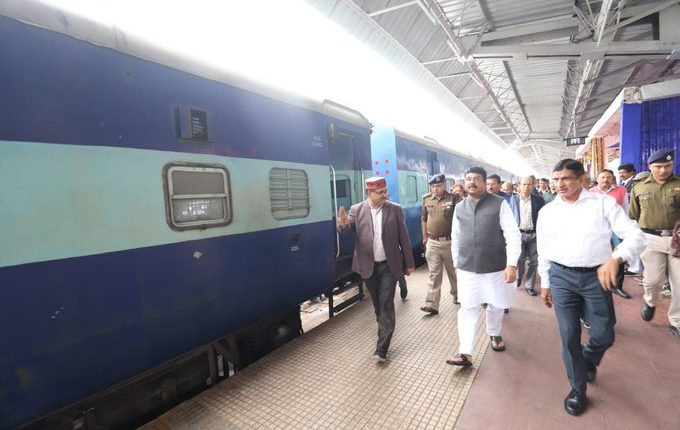 Nayagarh: Union Petroleum and Natural Gas, and Steel Minister Dharmendra Pradhan on Thursday dedicated the new rail line from Nayagarh town to Mahipur to the nation at a function at the Nayagarh town railway station.

He also flagged off the extension of Khurda Road-Nayagarh Town-Khurda Road Passenger train up to Mahipur station.

Speaking on the occasion, the Union Minister said that the Railways had set a target to extend the railway line up to Daspalla by March 2022 and Balangir by December 2023.

The newly-laid 12-km broad gauge line from Nayagarh town to Mahipur was completed in July this year.

Of the 289-km Khurda-Balangir project, 92 km has been completed so far while construction of the railway line from Khurda Road and Balangir is nearing completion.