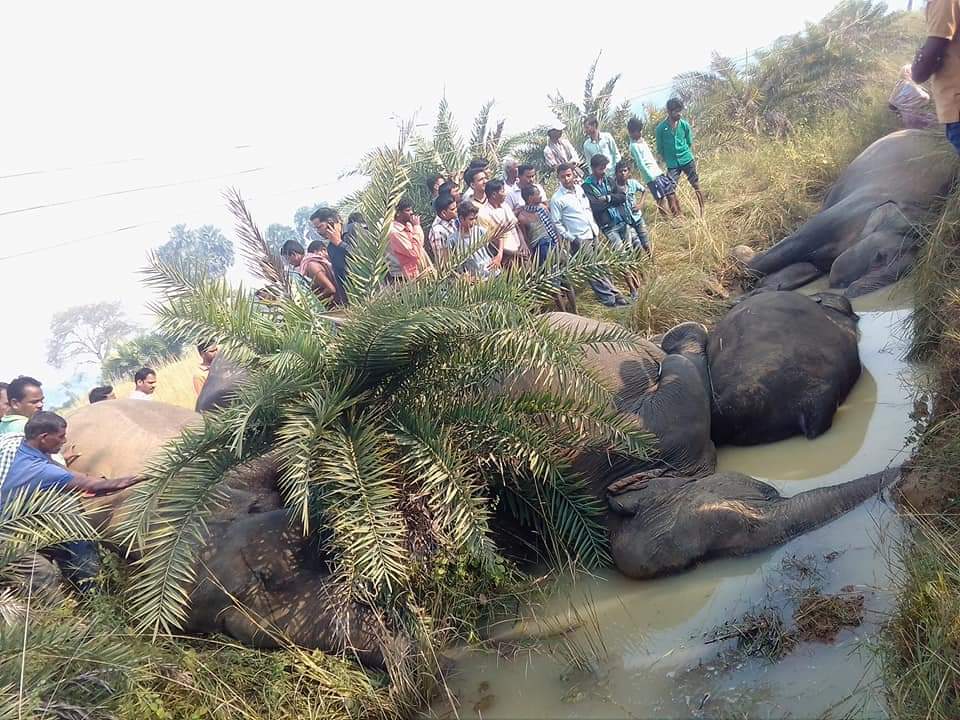 Share
Dhenkanal: The Crime Branch on Saturday arrested three staffers of the Forest and Environment and Energy departments in connection with the electrocution death of seven elephants in Odisha’s Dhenkanal district.
The elephants had died after coming in contact with a live wire on the outskirts of Kamalanga village under the Sadar Forest Range on the night of October 27.

It may be recalled after Chief Minister Naveen Patnaik ordered a probe by the state investigating agency on October 28, a three-member team of the Crime Branch led by the Crime Branch SP-1, Sampad Sandip Madkar and the two other members — Dhenkanal SDPO D D Mishra and Assistant Sub-Inspector (ASO) Dilip Mishra, had begun investigation the following day.

After the electrocution of the seven elephants, Additional Conservator of Forest (ACF) of Dhenkanal Forest Range Jitendra Nath Das, had lodged a complaint at Kantabania police station. Later, the police registered a case (no-116). Besides, the Wildlife Cell of the Crime Branch has also registered a case under Sections 166, 429 and 34 of the IPC, Section 146 of the Electricity Act and Section 51 of the Wildlife Protection Act.

According to reports, the railway authorities had assigned a company for the construction of a railway overbridge in the area for which CESU had provided power from a temporary feeder by pulling the transmission line at a height of eight feet above the ground, in gross violation of the Government of India guidelines.

Former PCCF Bijay Ketan Patnaik said, according to the guidelines, an 11 KV high-tension transmission line must be pulled at a height of 17-18 feet above the ground.