Did You Know Dimple Kapadia Was Initially Rejected For ‘Bobby’? 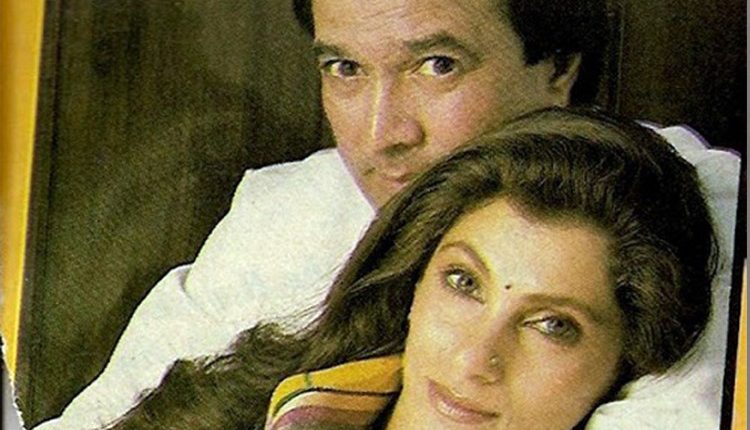 New Delhi: Rajesh Khanna and Dimple Kapadia’s dream wedding was like a fairytale and their separation was heartbreaking, both for the couple and their fans.

Dimple Kapadia was only 17 years old when ‘Bobby’ was released. She married Rajesh Khanna, then a superstar, six months before the release of Bobby. The movie also marked the debut of Rishi Kapoor.

Not many people know how Dimple and Rajesh met.

At FICCI’s event, organised a couple of years ago, Dimple recalled her first meeting with the Rajesh Khanna, saying it was after she signed Booby, The Indian Express reported.

“We were going to Ahmedabad on a private flight for a function. I was born dramatic. Bachpan se drama ka shauk bohot jyada tha. He sat next to me. I was looking at him. Rajesh Khanna, I mean come on guys, give me a break. I very chalaak-ly told him, ‘Wahan toh bohot crowd hoga, bheed hogi. Aap mera haath pakdoge na? (That place will be very crowded right? Will you hold my hand?)’ He said, ‘Haan bilkul (Yes, why not).’ I replied, ‘Hamesha ke liye? (Forever?)’ And the rest is history. It happened,” she remembered and burst into laughter.

Unfortunately, Dimple Kapadia and Rajesh Khanna’s marriage did not last long. The two parted ways in 1982 by which time they were parents to two daughters – Twinkle and Rinkie. She said on The Pritish Nandy Show, that she could not understand the superstar. The reason behind them parting ways was because the two were “different kind of people,” she said.

“I think we were two very different kinds of people. I was probably very young to understand what was happening to this man, who was a superstar. I have never been able to understand stars and their behaviour pattern at all because I am not one myself. I just couldn’t understand,” she was quoted as saying.

How she got Bobby and other trivia

Giving credit to Bobby’s success for getting her foot back into the industry, Dimple said, “I see it as a lease of life. After 10 years, that’s the only film that took me where I was in life. Nobody would have given me work otherwise,” she was quoted as saying.

Not meant know that Dimple didn’t get Bobby in her first shot. The actor was “rejected” because she “looked older than Rishi Kapoor.” However, Raj Kapoor gave her a second chance.

“I was in school and I read in the papers that he (Raj Kapoor) is looking for a new face. I said to my friends – that’s me. At that age, you can afford to be so confident. I was taken to the screen test where I was promptly rejected because I looked older than Rishi Kapoor. But he gave me another screen test and I got the film. I kept trying really hard in a certain scene to bring real tears. He would build me up. I am yet to meet a director like him. He makes you feel that you are capable of doing it. He instilled that kind of confidence in you,” she remembered.