Did You Know Hrithik Roshan Made His Dance Debut in 1980? Here’s More About Child Star Hrithik 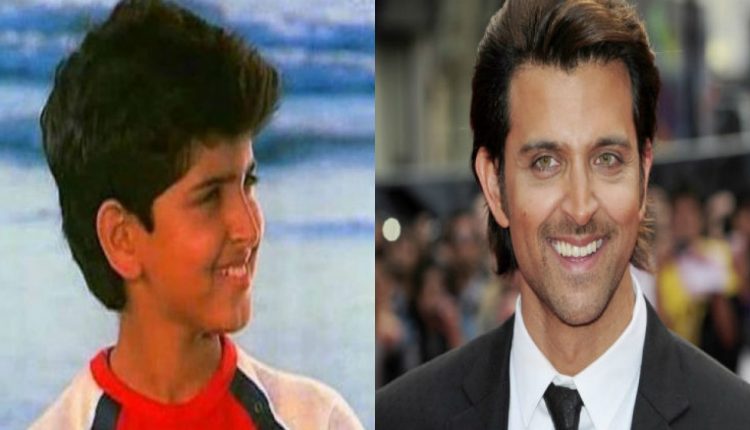 The audience is raving about actor Hrithik Roshan’s dance moves in the songs “Ghungroo Tut Gaye” and “Jai Jai Shiv Shankar” in the recent movie ‘War’. The awe, applause and appreciation is akin to what he received for “Sitaron Ki Mehfil” and “Ek Pal Hai Jeena” in his debut movie as a lead actor, ‘Kaho Na Pyaar Hai,’ 19 years back. But this is not where Bollywood actually got to witness Hrithik’s footwork for the first time on the big screen. He had graced the screen on many occasions in various songs to show his dance moves long before ‘Kaho Na Pyaar Hai’.

J. Om Prakash, Hrithik’s maternal grandfather was a successful producer and had produced many hit movies –  Aas Ka Panchhi (1961), Ayee Milan Ki Bela (1964), Aaye Din Bahar Ke (1966), Aya Sawan Jhoom Ke (1969), Aankhon Aankhon Mein (1972). A strong believer in luck, Om Prakash used to repeat things that he considered were lucky for his movies such as the initial letter “A” for all his movie titles or actors Jeetendra and Rajesh Khanna. A young Hrithik too was one of his lucky mascots for a few of his movies.

In 1980, J. Om Prakash produced the Jeetendra and Reena Roy starrer ‘Aasha’ (the movie that had the evergreen Lata Mangeshkar song “Sheesha Ho Ya Dil Ho”). Knowing his six-year-old grandson’s love for dancing, he let him show his moves in an uncredited appearance in the beginning of the song “Jaane Hum Sadak Ke Logon” sung by Mohammed Rafi to the amusement of the onlookers including Reena Roy.

A year later, in another one of his productions, ‘Aas Paas’ (a movie remembered for having Mohammed Rafi’s last recorded song – “Tu Kahin Aas Paas Hai Dost”), starring Dharmendra & Hema Malini, J. Om Prakash gave Hrithik another uncredited appearance to act and dance in the song “Shehar Main Charcha Hai” sung by Mohammed Rafi and Lata Mangeshkar. The young Hrithik shakes a leg and passes on a love letter to Hema Malini in the song.

Hrithik Roshan’s last appearance as a child actor too was in his grandfather’s production, the Rajnikant and Rakesh Roshan starrer, Bhagwan Dada in 1986. This time young Hrithik did not have a cameo but a full-fledged pivotal role as Bhagwan Dada’s adopted son with dialogues, songs and action sequences picturised on him. The movie was a flop but Hrithik received plenty of opportunity to show his acting and dancing skills. Two songs picturised on him – the melodious Kishore Kumar rendered “Tujhse Pehle Bematlab Thi Zindagi” featuring Rajnikanth and the Asha Bhosle rendered “Chug Gayi Chidiya Khet Par” featuring Sridevi provided him plenty of opportunity to showcase his dance moves.

Hrithik made his debut as an adult actor in Kaho Naa Pyaar Hai 14 years later.

[The writer is a doctor and public health specialist by profession but a passionate music enthusiast with special liking for Bollywood music from 80s and 90s.]