Did You Know Odisha’s Pipli Art Work Was First Made By A Muslim Darjee? Know The Story 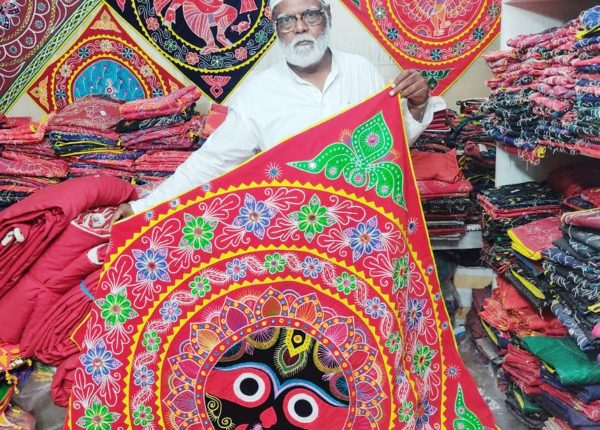 It was Eid on Sunday and we also celebrated the Sunabesha of Lord Jagannath with the Rath Yatra coming to a grand conclusion. I am reminded of June 2018 when Eid coincided with Raja.

Bakul Foundation had been invited to conduct a storytelling session and a quiz on crafts at the inaugural event at the newly opened Odisha Crafts Museum at Kalabhoomi.  When I thought about which stories to tell, I started wondering about Islamic influence on Odishan crafts. Surprisingly, nothing came to my mind.

I knew that the first Chief Architect of the modern capital city of Bhubaneswar, Julius Vaz, had tried to keep the syncretic element in the architecture of the modern city. (Otto Koenigsburger designed the city, but Vaz designed the buildings). He had designed the Rabindra Mandap as a Buddhist Stupa, the Market Building as the Jain caves and the two towers as temples, and the lattice work in the Assembly as Islamic motifs. But other than that, I could not think of anything.

When I started researching, I came across a wonderful story of how applique art originated in Pipli and that is the story I told that day. 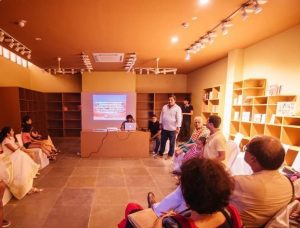 According to the story, the Muslim Badshah had ordered a Darjee in Pipli to make two decorative pillows. The pillows turned out to be so exquisitely beautiful that the Darjee thought they were more deserving of Lord Jagannath than the Badshah. He went to sleep with those conflicted thoughts.

When the Darjee woke up the next morning, he was surprised to see one of the pillows missing. When the Badshah heard of this, he suspected mischief on the part of the Darjee and enraged, he imprisoned the Darjee. However, Lord Jagannath then came to the Badshah in a vision and said that the Darjee was innocent and that he, himself had taken the pillow away. The Badshah then freed the Darjee and since then both Muslim and Hindu artisans have been making the famous Pipli applique work, which adorns the Rathas and is a popular memento for pilgrims coming to the Rath Yatra and the Jagannath temple.

Interestingly, Pipli also seems to have gotten its name from the presence of four Pirs in the area, and the name, “Pipli” developed as a corruption of Pirapalli. Historian Anil Dhir, has also written about this theory. The other theory that Mr Dhir mentions of Pipli getting its name from the presence of Peepul trees seems a simplistic obvious theory, particularly when we do not call them Peepul in Odia.