Did You Know That Irrfan Khan Could Speak Fluent Odia? Find Out Here About This Connection 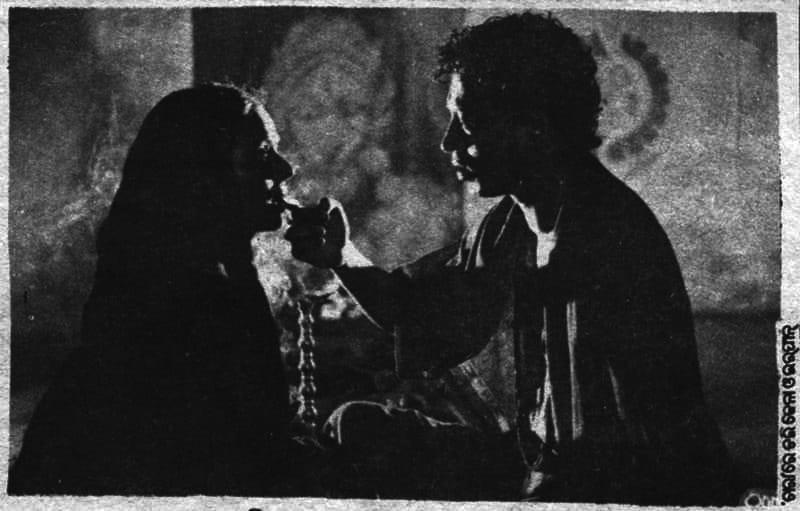 Bhubaneswar: Not many people know that the very talented Irrfan Khan, who died this week also had an Odia connection.

Flashback to 1990. Filmmaker Bijaya (Dolly) Jena was casting for her film Tara. She went to well-known director Govind Nihalani and asked him to suggest a name.

Nihalani suggested Irrfan Khan, who had done a cameo in his film Drishti by then. “I told Nihalani that the film was in Odia but he convinced me to try out this National School of Drama graduate,” recalled Dolly.

“So on January 25, 1991 to be exact, we landed in Odisha and I was invited to Berhampur University as a chief guest. Irrfan spoke too. When he appeared on the stage, he formed an immediate connection with the students, sprinkling his speech with Odia words,” recalled Dolly.

“I realised that this guy had a stage and screen presence and was quite charismatic. I was very happy and we came back to Bhubaneswar and shot for five days, doing four scenes daily. So in all, we wrapped up 20 scenes. He spoke Odia fluently and was so natural that you wouldn’t know he is not an Odia,” said Dolly.

But then one day, he got a call from his parents that his sister was very unwell and he being the eldest had to return home.

“So I had to let him go and shot the rest of the film with Ajit Das. I had to change the whole schedule. By the time he was ready to return, I had a new schedule and since Tara was a small, independent film, I could not wait. So we had to part ways,” said Dolly.

Little did she know that she would bump into him 15 years later. By that time, Irrfan had already made his presence felt with the famous TV serial Chandrakanta and had also acted in Asif Kapadia’s The Warrior, which was UK’s entry for the Oscars.

Recalling the incident, Dolly said, “I was sitting in a hotel lobby when he came up to me and asked, ‘Hello Dolly, how are you?’”

He was very humble, good at his work, very charming. After The Warrior, he got wonderful films like The Namesake with Mira Nair and then went on to do Slumdog Millionaire and Life Of Pi.

Asked which performance of his she rates best, Dolly said, “He did Piku etc. but my all-time favourite remains Paan Singh Tomar for which he got the National Award.”

And what does she remember about Irrfan Khan, the man?

“I do remember that the only time our schedule would get disturbed was when Irrfan would excuse himself to attend his girlfriend (later his wife) Sutapa Sikdar calls.”

“My chief assistant just told me that he used to hide cigarettes in some corners of the house to smoke when he wanted but never carried a pack and how he used to flick a cigarette from him to tease him,” signed off Dolly.

Tara went on to win the 1992 National Award for Best Film in Odia. It is the story of a village girl who is married off to a tantric and is killed by her husband. Dolly didn’t just wear the director’s hat for Tara, she even played the lead role.