Diego Maradona, Arguably The Greatest Footballer Of All Time, Passes Away At 60 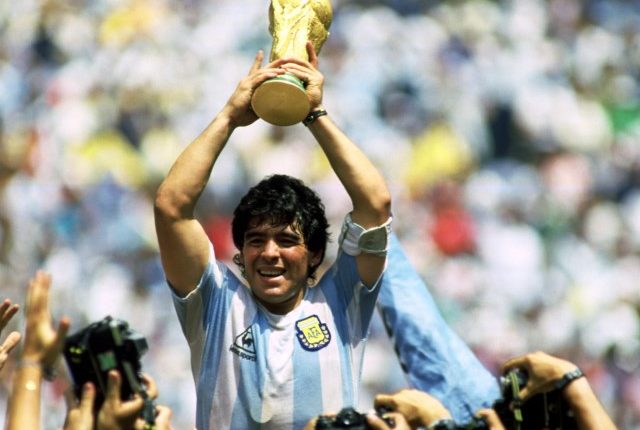 Buenos Aires: Football legend Diego Maradona died at the age of 60 on Wednesday after suffering a cardiac arrest.

The Argentine genius, considered by many to be the greatest footballer of all time – ahead of even Brazilian magician Pele — was discharged from hospital just two weeks ago after undergoing surgery to remove a clot in his brain.

While recuperating at home, Maradona had a massive heart attack which proved to be the last straw.

Maradona led Argentina to the 1986 World Cup title, the pinnacle of a dazzling career. He was again instrumental in Argentina reaching the final of the 1990 World Cup in Italy, but West Germany spoilt his party.

Argentine president Alberto Fernandez declared three days of national mourning. “You took us to the top of the world. You made us immensely happy. You were the greatest of them all. Thank you for having existed, Diego. We’re going to miss you all our lives,” he said, echoing the sentiments of not only his countrymen but the entire football-loving world who were mesmerised by his left-footed wizardry.

Two magical goals – one against England and the other against Belgium – in the 1986 World Cup will be remembered forever for the sheer dribbling skill of the stocky little man who weaved past an army of opponents before putting the ball beyond the reach of goalkeepers.

Controversy went hand in hand with Maradona’s footballing exploits. His infamous ‘Hand of God’ goal against England in the 1986 World Cup quarterfinal will be talked about as long as football is played.

The 1994 World Cup in the US was a major blot in his career as he was sent home after failing a drugs test for ephedrine.

In the later stages of his career, Maradona was tainted by cocaine addiction and was even banned for 15 months after testing positive for the drug in 1991.

Maradona retired from professional football in 1997, on his 37th birthday, while he was in his second stint at famous Argentine club Boca Juniors.

His coaching career never took off. As head coach of Argentina, he saw his team losing in the 2010 World Cup quarterfinal against Germany.

He thereafter took charge of football clubs in the United Arab Emirates, Mexico and Argentina, without tasting major success.

Odisha Govt Plans To Complete Hockey Stadium in Rourkela In 2022

Political Parties On Overdrive To Reach Out To Sourav…

Second Bishop of Cuttack Diocese DK Mohanty Passes Away At…