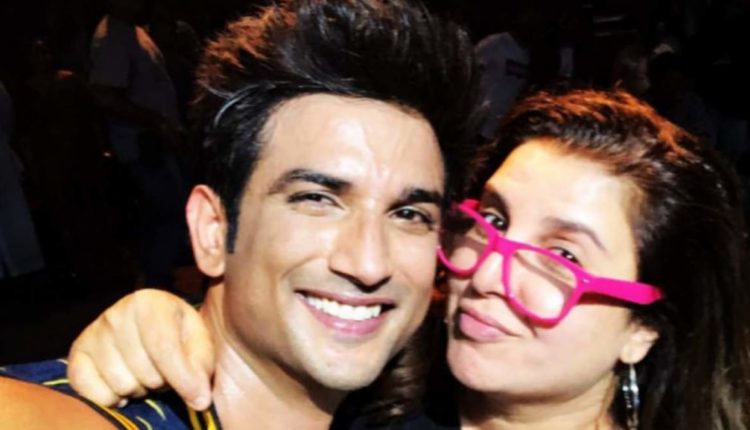 Mumbai: The trailer of Sushant Singh Rajput’s last film Dil Bechara has broken several records in terms of number of views in a brief spell of time. Now, the teaser of the title tract ‘Dil Bechara Friendzone Ka Maara’, which will be released on Monday, also seems to be winning millions of hearts.

The title track that has been choreographed by Farah Khan will unfortunately be the last song the deceased actor will be seen in. This was the first and last time Sushant and Farah worked together.

According to insiders, the song has been shot in a single take. Talking about it, ‘Dil Bechara’ director Mukesh Chhabra said that this track is one of his favourites. “It is one of my favourite tracks from the album and it’s the last song that Sushant ever shot for. Farah Khan choreographed it and she rehearsed the song with Sushant for a day and then shot the song in one shot,” Chhabra was quoted as saying in a Zoom video.

While praising Sushant for his effortless dancing, Chharbra also revealed that Farah Khan didn’t charge anything for the song.

According to Farah Khan, she was confident that the actor would pull it off in one take as she had seen him dancing in a dance reality show. The choreographer also disclosed that Suhsant had a condition for shooting the song at one go.

“To nail it perfectly, all Sushant wanted was food from my house which I duly got for him…This song is going to be very special for me,” Farah Khan was quoted in the video.

However, the trailer of the film garnered more than 5 million views within five hours of its release and the makers of the film are expecting similar response to the title track too, that is expected to release on Monday.