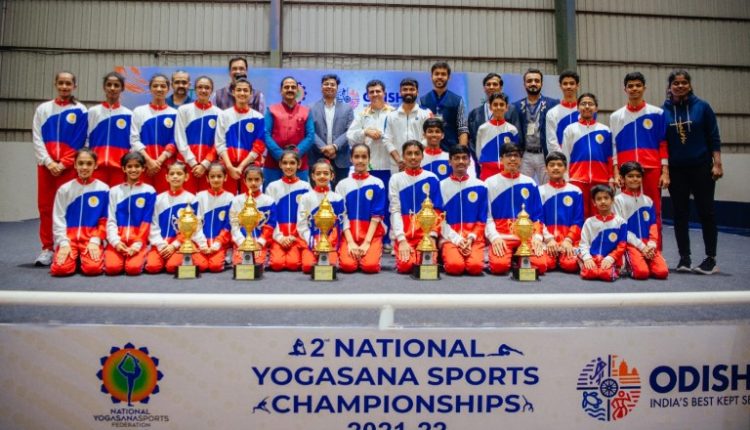 Bhubaneswar: As the curtain came down on the first-ever physical National Yogasana Sports Championships at KIIT university here on Saturday, former national hockey team captain and Padmashree Dilip Tirkey rooted for yogasana to be included in the Olympic Games.

“I am delighted that National Yogasana Sports Federation is working tirelessly to support India’s vision to make Yogasana a sport with an Olympic roadmap… It’s time for Yogasana as a sport to make a star entry into Olympics”, chief guest Tirkey said during the closing ceremony.

He also saw a bright future for yogasana in Odisha.

“Yogasana is deeply embedded in the rich heritage and culture of Odisha. With this cultural legacy, I am sure that the state will usher a new era of Yogasana sports and drive youth to engage successfully with this sport… After setting new milestones of success for Indian Hockey and other sports, I am very confident that Odisha will become the global stage to nurture Yogasana as competitive sports,” added Tirkey, the Chairman of Odisha Hockey Promotion Council.

A total of 50 medals were awarded through the championship to young athletes who showcased their yogasana skills in various competitive events.

Kalpavigyan: An Exploration Into The World Of Indian Science Fiction