Disha Patani Turns Up The Heat In Bikini 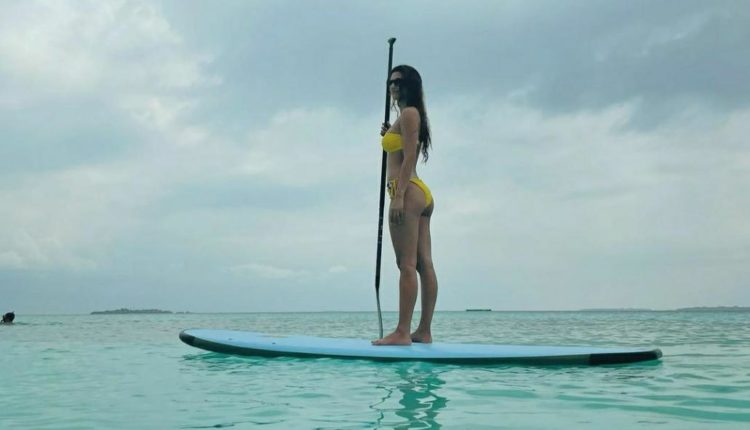 Mumbai: As 2020 is almost coming to a close several celebs are heading for their year-end vacations. Disha Patani too headed to an undisclosed location.

Since then, Disha has been sharing photos on social media and leaving her fans in awe. From dropping glimpses from her fun night at the beach to soaking in the sun by the sand, Disha has been teasing fans with her year-end vacation photos.

In her Instagram post which the actress captioned “Aquaman feels”, Disha is seen dressed in a yellow bikini. She is surrounded with water as she stands on a surfboard holding what appears to be an oar in her hand.

Disha perfectly accessorised her look with a pair of sunglasses, as per a report in PinkVilla.

Disha Patani’s last project was Mohit Suri’s Malang, co-starring Anil Kapoor, Aditya Roy Kapur and Kunal Kemmu. She will next be seen in Prabhu Deva’s Radhe: Your Most Wanted Bhai, which will be her second project with Salman Khan after Bharat. The film will also star Jackie Shroff and Randeep Hooda.

1350 Shops In Bhubaneswar Inspected For Littering By BMC