Doctor In Trouble After Clicking Selfie In OT of Jeypore DDH 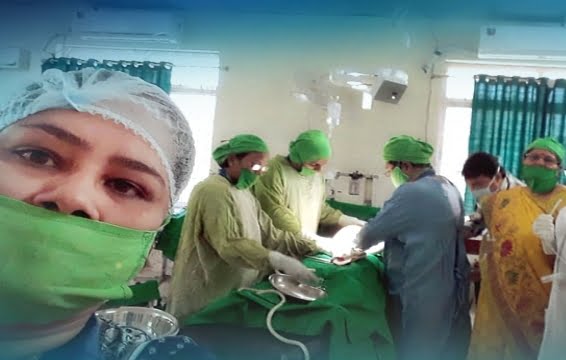 Koraput: A doctor has landed in a soup for posting a selfie clicked in the Operation Theatre (OT) of Jeypor district headquarters hospital (DHH) while an operation was underway on Wednesday.

She has been identified as Sasmita Das.

Sasmita, along with three other doctors, performed all pre-surgery steps when a woman in labour was rushed to the DHH for delivery. She then took a selfie while other doctors were busy in the operation theatre.

Once the picture started doing the rounds on social media, locals accused the doctors of putting the patient’s life in danger. Some also questioned the silence of other doctors while Sasmita took the selfie.

However, there also have been reports stating that the picture was taken to post on the hospital’s WhatsApp group to inform the authorities about commencement of operation in the revived OT.

On October 15, the DHH was moved from Koraput to sub-divisional hospital in Jeypore.