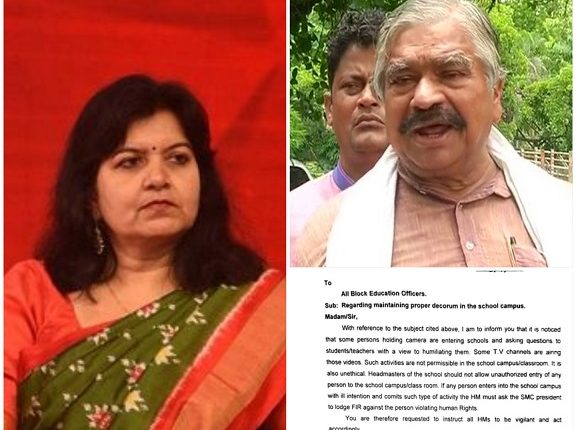 Bhubaneswar: An order of a Block Education Officer (BEO) in Odisha’s Dhenkanal district directing school headmasters not to allow unauthorised entry of journalists inside schools and classrooms and to report such matters to the police has snowballed into a political controversy.

Congress MLA Suresh Routray condemned the order and pointed out that it was not the first time such restrictions had been clamped on journalists.

He was referring to the restrictions imposed on the entry of journalists inside the Odisha Assembly, Secretariat and SCB Medical College and Hospital.

“Now mediapersons won’t be allowed inside school campuses. The decision is condemnable,” Routray was quoted as saying by a news portal.

BJP leader and Bhubaneswar MP Aparajita Sarangi too criticised the decision. “I’m surprised over the directive. It is unfortunate and should be withdrawn with immediate effect.”

She pointed out that when she was the Education Secretary, “no punishment zones” were created and “we had asked journalists to visit schools and report if there were any violations”.

In response, School and Mass Education Minister Samir Ranjan Dash said that although media has the right to highlight wrongs, disturbing the academic routine by entering campuses without authorisation was not right. He said certain channels were to blame for the issue.

In his order, the Kankadahad BEO has directed school headmasters not to allow unauthorised entry of journalists inside schools and classrooms and, if they do so, to report such matters to the police.

“It is a matter of great regret that some mediapersons entered a classroom and school premises without taking permission from the authorities… This is not ethical and permissible,” the BEO wrote to the headmasters.

“If such activity is done by cameramen, mediapersons without permission, the school headmaster should report to police and lodge FIR against the mediapersons immediately,” he said.

The move comes reportedly after a recent incident in which some students and teachers fumbled when they were interviewed by some reporters. 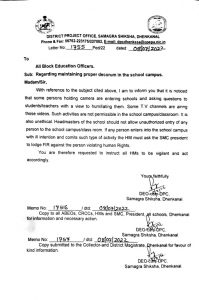