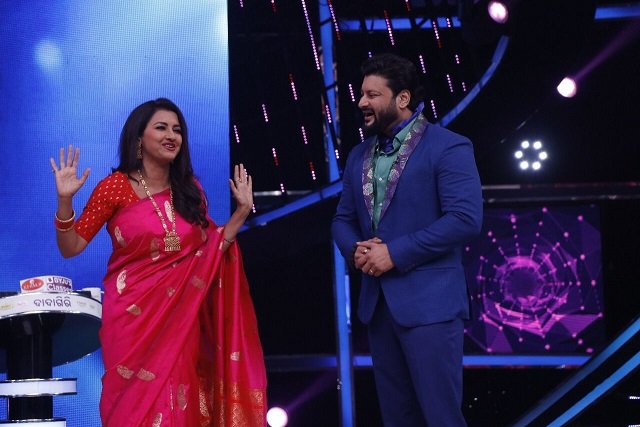 Bhubaneswar: After a gap of several years, actor Rachana Banerjee will share the screen with Ollywood actor Anubhav Mohanty. But, it isn’t the big screen! The duo will come together for an episode of a popular television non-fiction show, ‘Dadagiri.’ A replica of the popular Bengali television show, ‘Dadagiri’, Hrudayaru is being hosted by Anubhav. The Bengali show is hosted by former Indian skipper Sourav Ganguly.

In the show’s upcoming episode, Rachana—who has acted in at least 26 Odia films—will be a participant. “I still recall my stint in Ollywood. I am grateful for the love and affection I earned from Odia viewers and I feel fortunate that people still remember my contributions to the film industry,” she said.

Rachana has contributed several hit films and songs to the Ollywood industry. Her performance to the beats of Odia song ‘Radha Nachiba’ from ‘Nari Nuhe Tu Narayani’ is still remembered. She made her debut in the Ollywood industry with ‘Sagar Ganga.’ She had shared the screen with Anubhav in ‘Kartabya’ and ‘Nayak Nuhe Mu Khala Nayak.’

The special episode featuring Rachana will be aired on January 29 at 9 pm.