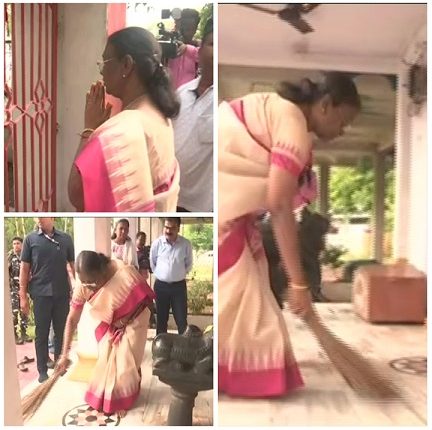 Mayurbhanj: Odisha’s tribal leader and former Jharkhand Governor Draupadi Murmu, who has been named as the BJP-led NDA’s Presidential candidate, offered prayers and swept temples in Rairangpur in Mayurbhanj district on Wednesday.

Murmu visited the Lord Jagannath, Hanuman and Shiv temples in Rairangpur and offered prayers on Wednesday morning. She also swept the premises of Purnandeswar Shiv temple before offering prayers.

The Centre has accorded Z+ security to Murmu following her nomination as the Presidential candidate.

If elected, she will be the second Odisha-born leader to become India’s President after V V Giri, the first tribal President of India and second woman President.

Five years ago when President Pranab Mukherjee was set to leave Rashtrapati Bhavan, Murmu was considered to be among the top choices of Prime Minister Narendra Modi.

Murmu, hailing from Odisha’s Mayurbhanj district, started out as a teacher before entering state politics. A two-time BJP MLA from Rairangpur in Mayurbhanj (2000 and 2009), she held the Commerce and Transport and Fisheries and Animal Husbandry portfolios during the BJP-BJD coalition government that came to power in 2000. 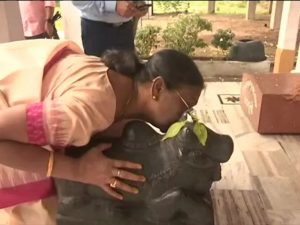 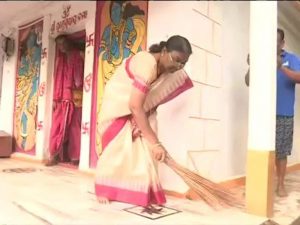 #DryDay Coming To Bhubaneswar But It’s Not What You Think; Check Details