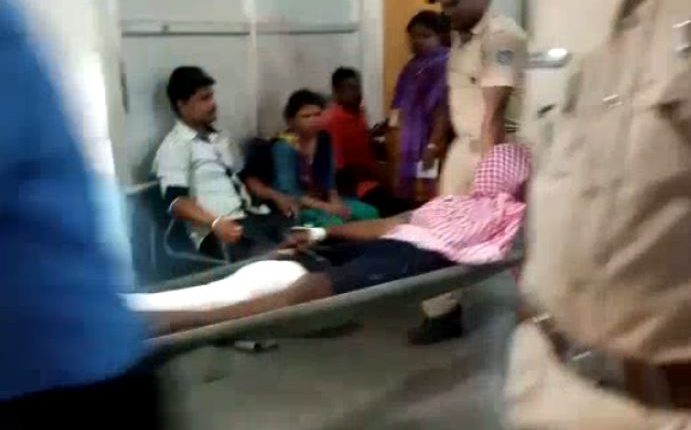 Cuttack: Dreaded criminal Ajay Sahu alias ‘Jitu’ was arrested on Sunday following an exchange of fire with police at Choudwar.

Acting on a tip-off, a joint team of Choudwar police and the Special Squad of Commissionerate Police raided the area this morning. Jitu attempted to escape by opening fire at the cops. However, he was hit by a bullet in his right leg in the retaliatory firing.

He was admitted to SCB Medical College and Hospital in Cuttack and his condition was stated to be stable.

A gun and a live bullet were seized from his possession.

After Puri, Lingaraj Temple In Odisha Capital To Be Cleared Of Encroachments

2 Brothers Arrested For Alleged Murder Of Criminal In…