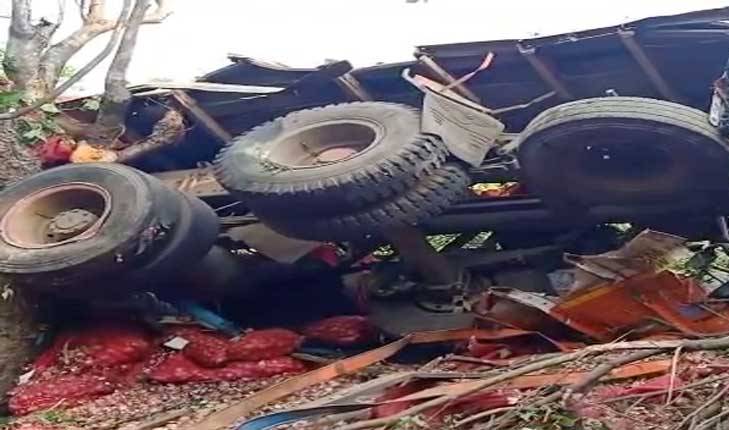 Baripada: Police recovered the body of the driver and sent the seriously injured helper to a hospital after an onion-laden truck fell off a ghat road near Duarasuni on National Highway-49 at Bangiriposi in Odisha’s Mayurbhanj district in the wee hours of Wednesday.

According to police sources, the ill-fated truck was on the way to Kolkata from Nasik carrying onion when the driver lost control of the vehicle, which skidded off the road and fell about 70 feet off the ghat road.

The local police and a fire brigade team rushed to the spot and brought out the body of the driver from the truck and shifted the seriously injured helper to the Pandit Raghunath Murmu Medical College and Hospital at Baripada. Doctors said his condition is critical.