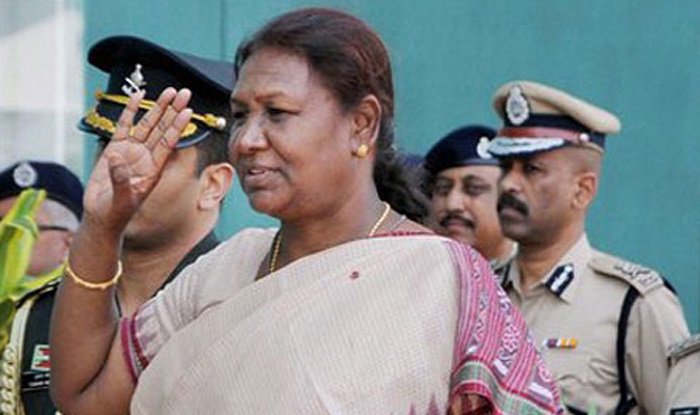 Bhubaneswar: The election of Droupadi Murmu, who hails from Odisha and has been a governor of Jharkhand, as the 15th President of India is a foregone conclusion with numbers stacked in the favour of the BJP-led National Democratic Alliance (NDA).

Once elected, the BJP leader will become the first Odia and first tribal to occupy the top constitutional post. Earlier, she had made history with her appointment as the ninth and the first woman Governor of the state at the age of 59 in 2015.

Here’s a list of firsts by women from Odisha in the sphere of politics:

She was born on June 9, 1931, and grew up in Pithapur, Cuttack. In 1951, she was imprisoned. In jail, she met activist Devendra Satpathy whom she later married.

After Indira Gandhi became Prime Minister in 1966, she appointed her as Minister of Information and Broadcasting. She was elected to the Upper House.

Nandini returned to Odisha in 1972 and became the CM. She was the Odisha CM from June 1972 to December 1976 and was known as the ‘Iron Lady of Odisha’.

Born in 1900 into the royal family of Nilgiri, Basanta Manjari Devi was the daughter of King Shyam Chandra Mardaraj Harichandan. She married Prince Biranchi Narayan Singhdeo of Ranapur in 1928. After her son Brajendra Chandra Singhdeo Bajradhar Narendra Mohapatra became the king of Ranapur in 1945, she got the status of Rajmata.

After the Princely states merged with Odisha, Basanta Manjari Devi contested the elections from Ranapur region in 1952 and won. She was appointed Deputy Minister of Health in the Congress ministry under Nabakrushna Choudhury.

Sarala Devi joined the Non-Cooperation Movement during the Indian freedom struggle in 1921.

She was inspired by Mahatma Gandhi and strived hard to root out social evils and uplift the status of women. She was also the first Odia woman to be selected as a delegate to the Indian National Congress.

She was born in 1899 in the small village of Satyabhamapur near Cuttack. She did not get proper education and was married off at the age of 15 to Gopabandhu Chowdhury.

In 1921, she met Gandhiji and with her husband joined the Non-Cooperation Movement. The same year they joined the Indian National Congress and started wearing khadi. In the year 1930, she took an active part in the Salt Satyagraha in Odisha.

She and her colleagues were arrested in November 1930 and put in different jails by the British. She was arrested several times with other women freedom fighters like Sarala Devi and Malati Choudhury and sent to jail.

During the Quit India Movement of 1942, the entire family of Rama Devi including her husband were arrested.

Jayanti Patnaik, a wife of late Odisha Chief Minister JB Patnaik, was elected to the Lok Sabha from Cuttcak constituency vacated by her husband in 1981. Born in 1932 in Aska, Ganjam, she was the daughter of renowned freedom fighter Niranjan Patnaik.

The BJP leader was elected Mayor of the Cuttack Municipal Corporation (CMC) in 2003, becoming the first woman from the state to be elected to the post.

She was elected to the Odisha Legislative Assembly on a Congress ticket. She was a Deputy Minister in JB Patnaik’s Cabinet and was later elevated to the minister of state. She joined the BJD in 2009.