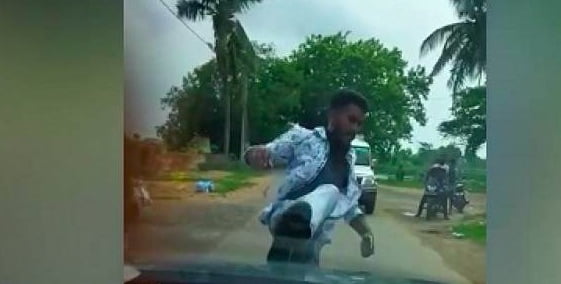 According to sources, Dash had gone to Japa marketplace to conduct a raid on some shops after getting a tip-off that these were opened despite the lockdown restrictions.

The youth in an inebriated state came charging at the vehicle in which the official was travelling and broke the panes.

“As we conducted raids to take action against the lockdown violators in the market, the heavily drunk youth pelted us with stones and angrily kicked the vehicle,” the tehsildar said.

The vehicle was damaged partially in stone-pelting, he added.

A complaint was lodged at Ersama police station. Police have detained the accused for questioning, the sources added.

[Watch] Woman Tehsildar Assaulted During Raid On House For…