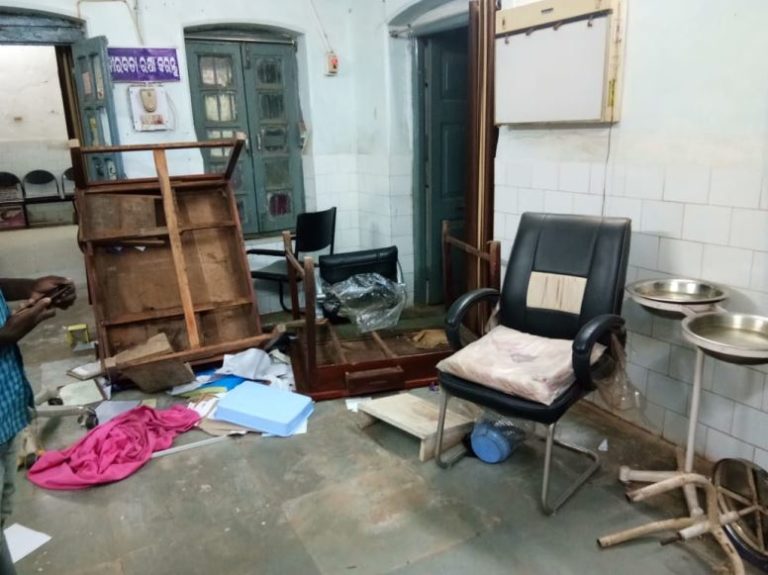 Mayurbhanj: Doctors and staffers of Udala sub-divisional hospital in Odisha’s Mayurbhanj district sat on dharna on Sunday to protest against an attack on a doctor and security guards by drunken youths the previous night.

Sources said the three youths had come to the hospital at night after being injured in a road mishap. When the doctor asked their names, they allegedly started beating him. The youths also assaulted the security guards when they tried to intervene and ransacked the outdoor department of the hospital.

Meanwhile, healthcare services were affected at the hospital due to the stir.

On July 17, the Centre has issued an advisory to all the states including Odisha to take immediate measures for inculcating an effective sense of security among the on-duty doctors in hospitals.

According to the advisory, the CCTV cameras has to be installed and Quick Reaction Teams with effective communication and security gadgets be deployed in the sensitive hospitals.

It stressed the need to restrict entry undesirable persons into the hospitals for safety of on-duty doctors. The measures also include institutional FIR against the assaulter and display of legislation protecting doctors in every hospital and police station.