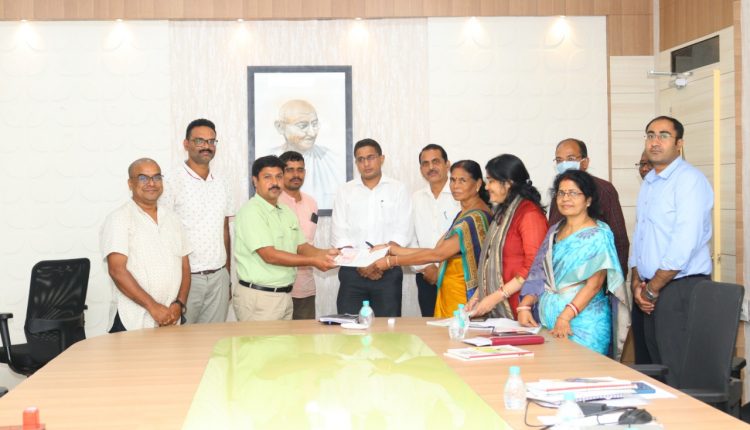 Keonjhar: The District Social Welfare Office (DSWO) in Odisha’s Keonjhar has signed a Memorandum of Agreement (MOA) for expansion of creches (Ama Kalika) in all the mining affected blocks of the district.

The MoA was signed in the presence of Keonjhar collector Ashish Thakare and district administration officials. In the first phase, three agencies have signed the MoA. The project will be funded under District Mineral Foundation, Keonjhar.

The district administration plans to scale up creches from the existing 60 to more than 700. The facilities aim at combating stunting, wasting and underweight among the infants between 6 months and 3 years of age.

Creches or ‘Mamta Gharas’ were first set up at 60 remote and nutritionally vulnerable pockets in the mining affected areas of the district in 2018 to address acute malnutrition among the children, mostly from tribal communities.

Children at creches are provided three nutritious meals on daily basis along with early childhood education and a safe environment to achieve age-appropriate milestones which helps in their growth.

The initiative over the years has benefited more than 3700 children. Post admission in the creches, reduction of underweight to 18%, severe underweight to 27%, wasting to 57% and severe wasting to 87% has been observed in the children, according to an official release.