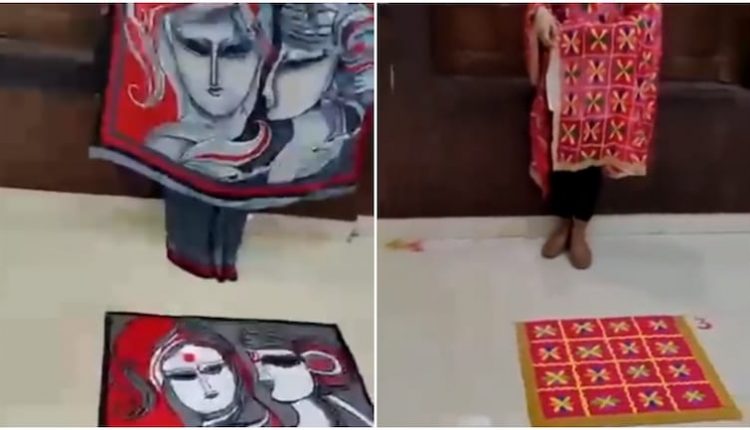 New Delhi:  Rangoli is a unique art at which Indians are adept. RPG Group Chairperson Harsh Goenka, known for sharing interesting posts and tweets, recently took to Twitter to share a video of a unique rangoli competition in which women can be seen standing next to rangolis inspired by the designs on clothes they are wearing.

Posted on Twitter, the video shows a group of women displaying the colourful rangolis they made. However, there’s a twist. The women were seen dressed exactly like the rangolis they made! Isn’t that beautiful?

Rangolis are quite popular during the festive season when people draw beautiful designs on the floor with colours. It is done to bring good luck and joy to the household.

“Unique rangoli competition, amazing to see the crafts of our people!” read the caption.

The clip has been viewed over 48k times and received tons of reactions. People lauded the talent of the women and wrote how perfectly the designs were made in rangoli.

Unique rangoli competition…amazing to see the crafts of our people! pic.twitter.com/6dgSU6J42L