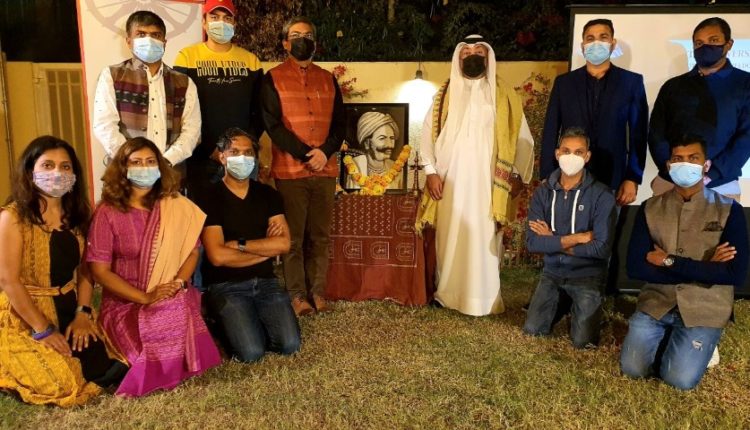 Bhubaneswar: The valor of Veer Surendra Sai, the freedom fighter from Odisha who stood up against the British till his last breath, was remembered by the Odia community in Dubai on his 212th birth anniversary.

The small and close-knit function, which was celebrated in adherence to COVID-19 guidelines, started with Odias paying floral tributes and was followed by audio visual presentations honouring him.

Popular Emirati Singer Yasser Habib attended the function as chief guest. Habib had become an instant sensation among the Indian diaspora for his version of ‘Vaishnava Jana Toh’, which was released on Gandhi Jayanti in 2019.

Speaking at the function Habib said he was amazed to hear that Veer Surendra Sai spent 37 years in captivity and compared it to that of Nelson Mandela who spent about 27 years in prison.

Another highlight of the event was special video address by Padma Shri Haldhar Nag and a poetry recital – ‘Sundar Sai’ – by him on the occasion.

GOOD Member, Captain Soumya Ranjan Patnaik said such function will always be needed to celebrate the life and times of this legendary fighter, who has remained unsung as a freedom fighter.

Another member Priyadarshee Panigrahi said “Despite the pandemic, we organised this small but symbolic celebration to ensure that tales of Veer Surendra Sai’s legacy and bravery continue to be propagated at an International level.”

Rajat Rath, one of the founding members of GOOD, emphasised the strong need to collect all relevant information available on Veer Surendra Sai. An effort to collect, restore and preserve them is needed, he said.

NEET-UG To Be Computer-Based, Held Twice A Year!