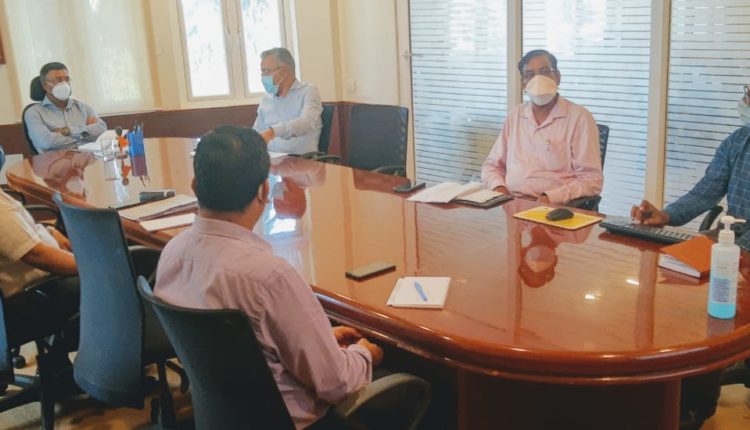 Bhubaneswar: Chief Secretary Asit Tripathy has directed all state departments to popularize e-abhijog and encourage citizens to use the online platform rather than running to different offices.

In the fight against COVID-19 pandemic, strict restrictions on public movement and norms of ‘social distancing’ have been put in place all over the country. Hence, the Odisha government has been focussing on redressal of public grievances through digital mode.

Tripathy reviewed preparedness of the departments for this task at a high-level meeting held at Lokseba Bhawan recently. While e-abhijog has already been linked to all departments, Tripathy urged senior officers to prioritize disposal of grievances through this system after doing empathetic diligence of grievances lodged.

Principal Secretary, General Administration and Public Grievances, Sanjiv Chopra presented different proposals for accepting public grievances. It was decided that phone numbers of the officials would be made available near the entry gate for conveying urgent grievances. Also, a box could be kept near the gate for dropping the grievances.

Petitioners will be requested to provide their contact details like mobile number, email ID, WhatsApp number etc. while lodging the complaints.

“Through e-abhijog, a citizen can directly address his grievance to the offices of Chief Minister, Chief Secretary, District Collectors, DG Office and RDCs through one posting. The action-taking authority will tag multiple petitions on same subject received from one petitioner and will send the action taken report,” Chopra said.

It was also decided that a COVID-specific grievance cell would be formed under Chairmanship of Collector to monitor the grievances on a daily basis at the district level.