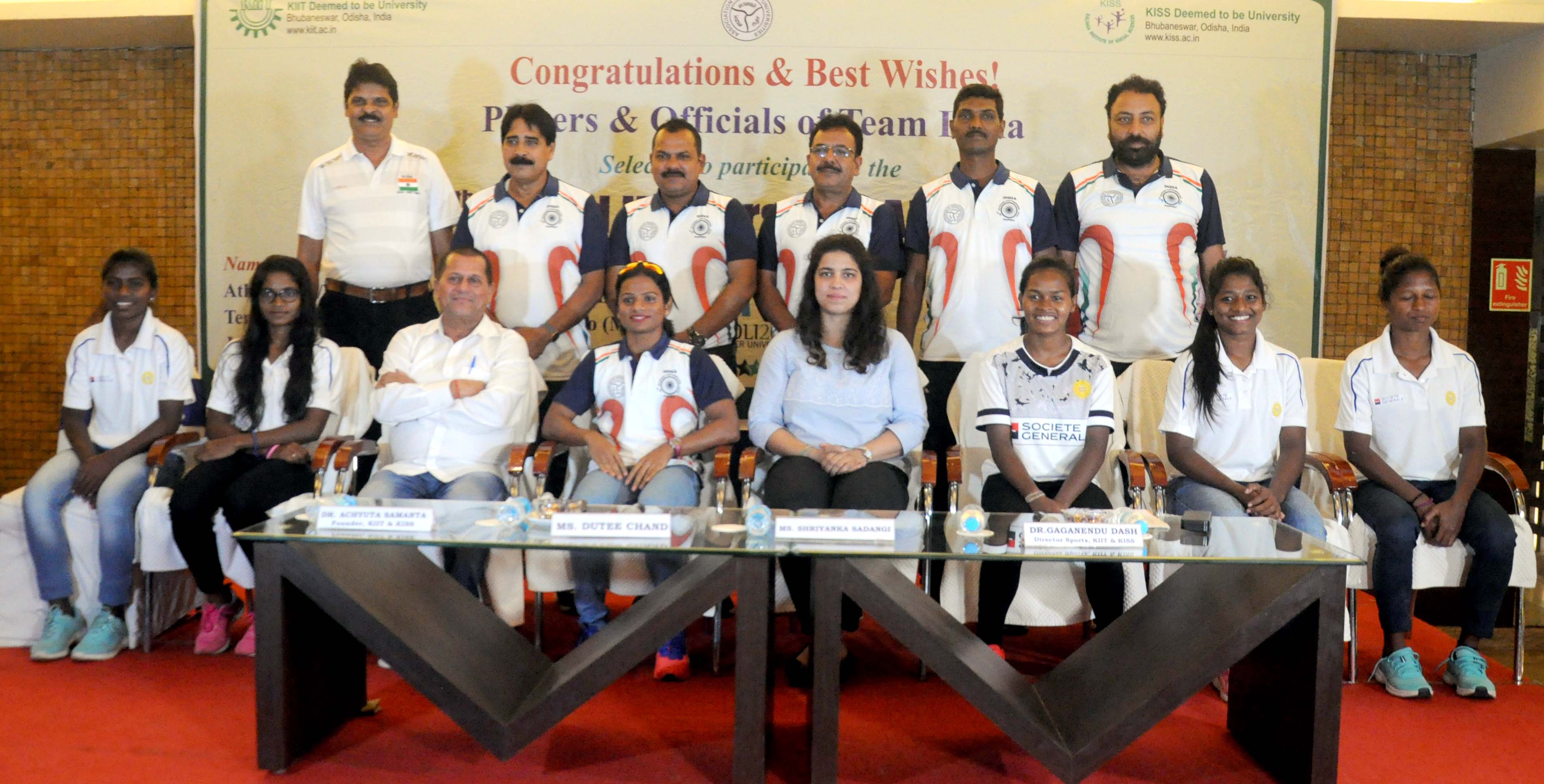 Dutee Chand, a student of KIIT Deemed to be University, Bhubaneswar, will lead the Indian contingent at the 30th World University Games 2019, scheduled to kick off in Naples, Italy, from July 3.

She has also been named India’s flag-bearer at the opening ceremony as the top achiever of the entire Indian contingent, said Dr Achyuta Samanta, founder, KIIT & KISS, at a press meet in Bhubaneswar on Saturday.

Dutee, a double silver medalist at the 2018 Asian Games, is the only girl from Odisha representing India at the World University Games. “This is a matter of pride for Odisha and KIIT,” Samanta said.

The selection trials of the athletics (M/W) and archery (M/W) teams were organised by KIIT Deemed to be University from April 2 to 5.

Subsequently, a coaching camp for both groups was conducted at KIIT from June 22-29, attended by 51 players and 10 officials.

UG & PG Exams In Odisha To Be Held In Online Mode

Dutee’s Same Sex Relationship Makes Her A Champion Of The…