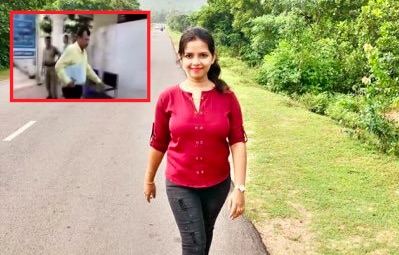 He was summed by the agency for his alleged links with Archana and arrived at its office with his advocate this morning.

It is being alleged that Archana used to strike deals with her victims at his hotel. There also had been financial transactions between them, sources said.

Notably, a video of Archana striking a deal had come to the fore and it is suspected that it took place at Das’ hotel, which has now been leased out.

Filmmakers Akshay Parija and Pramod Swain and BJD MLA Sudhir Kumar Samal’s brother Gangadhar Samal are among seven questioned by the ED, which has traced Rs 2.5 crore deposited in the accounts of Archana and her husband Jagabandhu Chand between 2017 and 2022, so far.

The couple allegedly amassed over Rs 30 crore between 2018 and 2022 by blackmailing and threatening some politicians, businessmen and filmmakers.

The agency has registered a case against Archana, Jagabandhu and their two associates, Khageswar Patra and Sradhanjali Behera, under Prevention of Money Laundering Act (PMLA).

Notably, the Judicial Magistrate First Class (JMFC), Bhubaneswar on Wednesday turned down the bail petition of Archana in the case pertaining to Parija, who had filed a complaint with Nayapalli police accusing Archana of demanding Rs 3 crore from him by threatening to release his intimate pictures and videos.