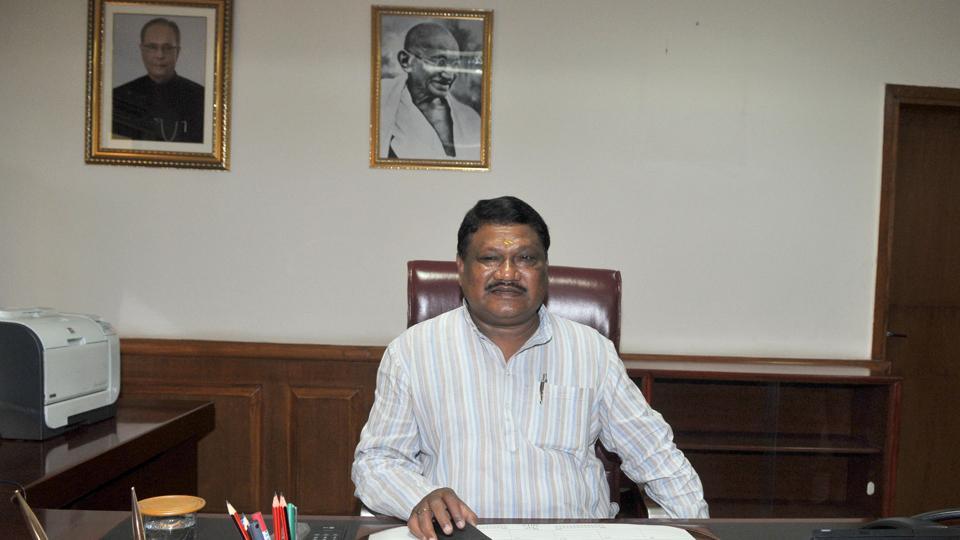 Kendrapada: The BJD activists on Wednesday hurled eggs at Union Tribal Affairs Minister Jual Oram’s car and later waved black flags at him in Kendrapada district.
The incident happened at Aul Bazaar in the district when the minister was on his way to attend ‘Sabka Saath Savka Vikash’ programme at Rajkanika.
Irked over the incident, a group of BJP activists scuffled with the BJD workers. Police had to resort to mild lathi-charge to disperse the agitators. Several ruling party activists were detained following the violent clash.
Reacting to the egg hurling incident, Jual tweeted, “I condemn in the strongest terms the anti-Adivasi mindset of BJD who have thrown eggs on me in Kendrapara.”
Earlier in the day, more than hundred Congress activists were detained by police after they waved black flags at the Union Minister on Cuttack-Chandabali road.
On June 10, Congress workers allegedly threw eggs at the vehicle of Union Minister Radha Mohan Singh near the state guest house in Bhubaneswar to protest against the death of five farmers at Mandsuar in Madhya Pradesh. The minister was on his way to attend the Sabka Sabka Saath Savka Vikas pogramme at Jatani when the incident took place.