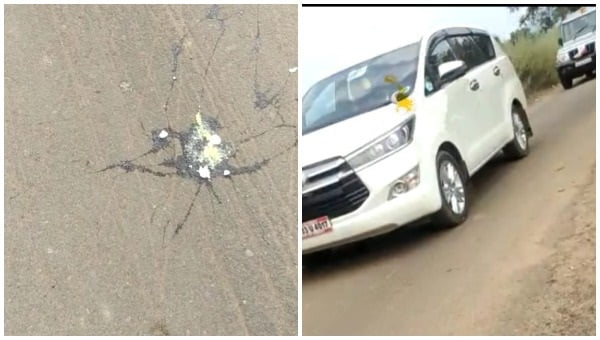 Bhubaneswar: People love it boiled, scrambled or whipped into omelettes. Eggs are a staple in cakes, custards and puddings. The chef in you can rustle up more recipes with the humble egg.

But for political protesters in Odisha, the egg is not merely food. For them, it’s the weapon of choice to target public figures. In their hands, the versatile, easy-to-cook egg transforms into an easy-to-hold, easy-to-throw object to target politicians.

In recent days, there has been a spate of egg attacks against ministers in the Naveen Patnaik-led BJD government in Odisha.

The trigger has been Opposition anger over the murder of Mamita Meher, a schoolteacher in Kalahandi district. Protests have spread across the state as Opposition parties demand the ouster of Minister of State for Home Dibya Shankar Mishra. The BJP and Congress have alleged the minister’s complicity in the murder.

Many of these protests have taken the form of egg attacks.

Eggs were hurled on Thursday on the convoy of Odisha Revenue Minister Sudam Marndi in Keonjhar by Bharatiya Janata Yuva Morcha (BJYM) activists.

On November 10, it was Sports Minister Tusharkanti Behera’s turn. Congress protesters threw eggs at his vehicle in Bhawanipatna. A day before, Transport Minister Padmanabha Behera ran into a group of protesters armed with eggs in Nuapada. The protesters made sure the minister left with egg on his car.

In a hat-trick of egg attacks on November 8, three ministers in the Naveen Patnaik government were targeted.

Protesters have particularly singled out the Minster of State for Home, greeting his convoy ahead of the CM’s visit to Kalahandi with a shower of eggs.

Even Naveen has not been spared.

The most memorable egg protest against him took place in 2015 in the heart of Bhubaneswar, when Youth Congress activists shelled the CM’s cavalcade with eggs. The incident caused such a furore, police slapped attempt to murder charges on the protesters.

In 2019, eggs were hurled at the CM’s cavalcade in Balangir. Former Balangir MLA Balgopal Mishra, his son and supporters were arrested. Eggs landed on vehicles following Naveen’s hi-tech campaign bus.

A year before in 2018, eggs were thrown at the CM at the Talasari Beach Festival in Balasore.

In fact, such attacks had become so common that the CM had given a written reply on it in the Odisha Assembly.