Eight Killed As Fire Breaks Out At E-Vehicle Showroom In Secunderabad, Engulfs Hotel 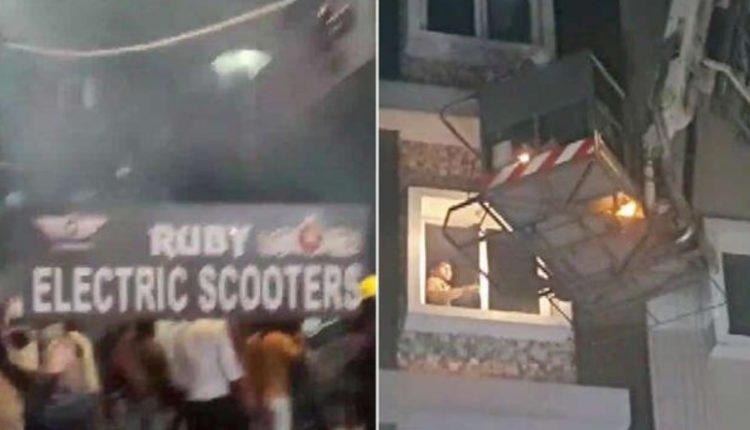 Secunderabad: At least eight persons were killed and several others suffered burn injuries after a major fire broke out at Ruby Pride Luxury Hotel in Secunderabad late Monday night. The fire started in an e-bike showroom on the ground floor of the multi-storeyed building and spread to the hotel located on the upper floors.

Prime Minister Narendra Modi offered his condolences and announced Rs 2 lakh ex-gratia for the next of kin of the deceased from PMNRF and Rs 50,000 each for the injured.

According to media reports, the fire is suspected to have started in an electric vehicle charging unit.

There were 25 occupants in the hotel when the fire engulfed the building. The death toll is likely to increase.

Officials suspect a short-circuit led to the fire. Vehicles in the parking area, showroom and basement caught fire, which spread to the hotel quickly.

Firefighters rushed to the spot and with the help of a crane ladder rescued the guests, who were trapped in the multi-storeyed building.

“It is a very unfortunate incident. Fire brigade teams tried their best to rescue people from the lodge but due to heavy smoke, some people died. We are probing how the incident happened,” Telangana Home Minister Mohd Mahmood Ali told ANI.

A high-level inquiry has been ordered into the incident.