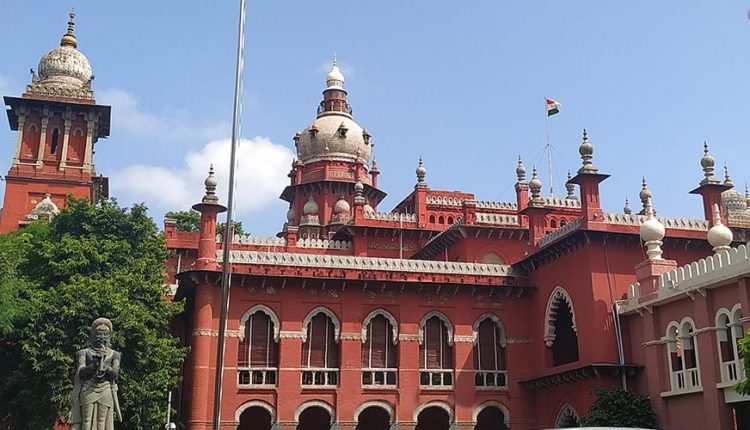 Chennai: Blaming the Election Commission of India for allowing political rallies during the COVID-19 pandemic, the Madras High Court on Monday orally said, “Your officers should be booked on murder charges probably.”

Chief Justice Sanjib Banerjee told the Election Commission’s counsel, “Your institution is singularly responsible for the second wave of COVID-19. The Chief Justice went to the extent of orally saying, “Your officers should be booked on murder charges probably,” LiveLaw reported.

The Chief Justice observed that the Commission had failed to enforce COVID norms regarding wearing of facemasks, the use of sanitisers and maintaining social distancing during election campaigning, despite court orders.

“Were you on another planet when the election rallies were held?” Chief Justice asked the ECI counsel. The Court warned that it will stop the counting scheduled on May 2 if the ECI does not put in place a blueprint of a plan to ensure the following of COVID19 protocol on the counting day, the report added.

“Public health is of paramount importance and it is distressing that constitutional authorities have to be reminded in such regard. It is only when a citizen survives that he’ll be able to enjoy the rights that a democratic republic guarantees”, the Chief Justice added.

The situation now is of survival and protection. Everything else comes next”, the Chief Justice was quoted as saying. The bench, also comprising Justice Senthilkumar Ramamoorthy, directed the Election Commission of India and the Tamil Nadu Chief Electoral Officer to hold consultations with the Health Secretary and come up with a plan on following COVID-19 protocol on the counting day.

The bench directed that the blueprint must be placed on record before it on April 30. “The matter will appear on April 30 to review the situation when a complete picture as to adequate steps having been taken will be clear,” the bench said in the order.

Passenger On Air India Flight To US Dies, Flight Returns To Delhi